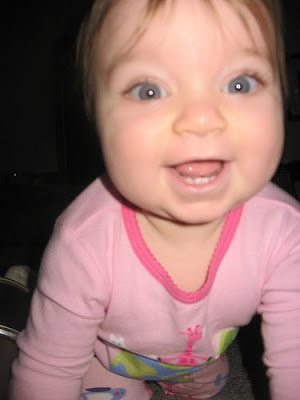 This is the year our family gained two new members, both named Lily. They kind of resemble each other in a happy-go-lucky, always smiling way. Baby Lily came first, although Doggy Lily is older. 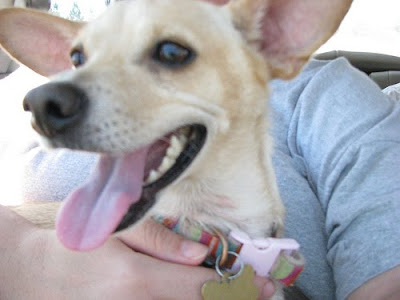 They both have big grins and lots of pretty white teeth, and sometimes they stick their tongues out. They also tend to crawl around on all fours, but this similarity might be ending soon as Baby Lily is learning to walk and get around pretty well. 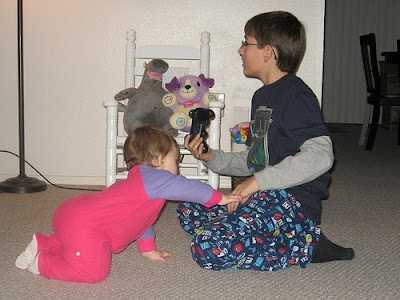 Unfortunately for Baby Lily's family, she's at that stage where she likes to be the center of attention and can't understand why anyone would want to ignore her and play video games. Doggy Lily already has the maturity of motherhood and is more of an equal to the adults in her family, therefore she takes a more sit back and wait attitude. Doggy Lily was adopted by Jenny after she had a litter of puppies. Lily must have felt really mistreated when she had to watch all her little ones being given away and then end up being given away herself when her original family couldn't keep her. 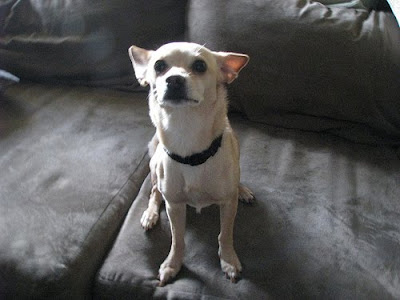 Jaimee also adores her Baby Lily, although the word "mistreated" could never be applied to Baby Lily. As you can see, she is the princess of her castle and her lowly subjects are no longer safe from her grasping clutch. 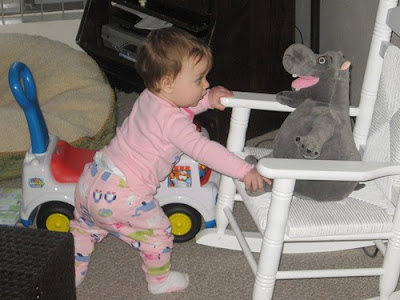 You don't have to worry about Doggy Lily either. She has settled in and is part of the family now. Her mother, father and brothers all adore her, and she will never have to fear losing her new family as she has become their princess too... and is working on becoming the queen!
Posted by At Rivercrest Cottage at Monday, February 08, 2010