Featured At The Dedicated House

You know how you slow down and can't
help but look when you see a car crash? 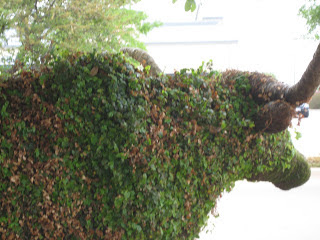 I guess there are a lot of people who feel
the same way about a wreck of a house... 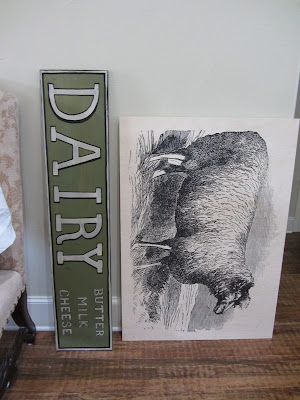 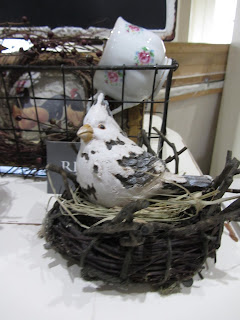 I was thrilled to get an email from Kathryn
over at The Dedicated House, letting me
know she was featuring my last post in her
Sunday Showcase as "most viewed".

Thank you to everyone who clicked on
my link, even if it was just to see how
badly I had wrecked my house!

﻿My favorite from that blog party was the
drum table done by JunkChick Life. Of course
she painted it white and aged it down!

Hope you go over and check out the other features.

Email ThisBlogThis!Share to TwitterShare to FacebookShare to Pinterest
Labels: garage sale finds, Not all those that wander are lost, purging and organizing, Restoration Hardware, The mind wanders, You Might Be A Hoarder If

Well, since last we talked I have totally
torn up the house to redecorate... 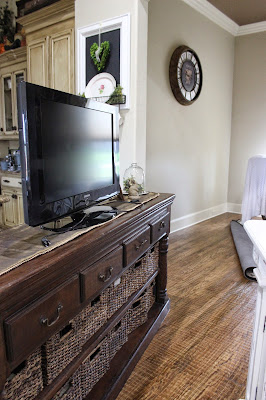 You know how that goes, right? 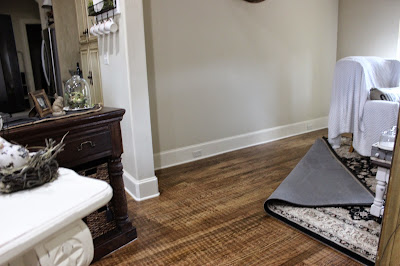 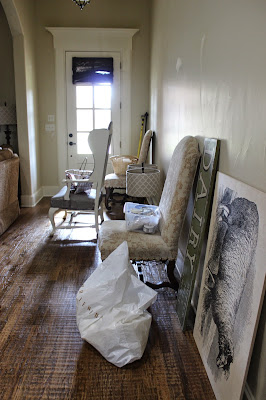 You decide to focus on one room -- and that
requires you to move almost every piece of
furniture around in the rest of the house --
it's some freaking law of nature! 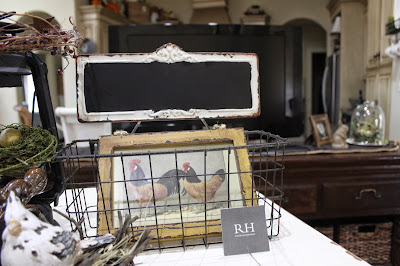 While stacking stuff on a cabinet, I think I
discovered the right colors for our house! 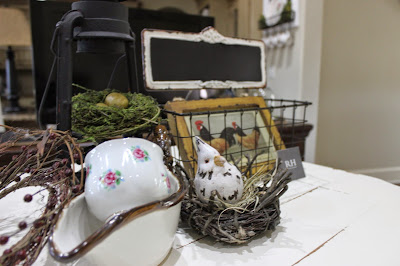 The aged-yellow frame on the chicken picture
represents the kitchen cabinets... 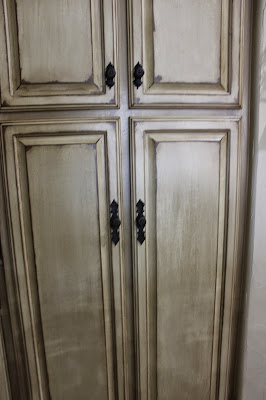 and some of the other furniture... 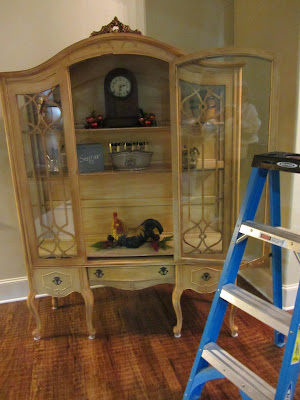 The aged-creamy-white of the chalkboard
represents most of our white furniture and
the color of the window and door trim. 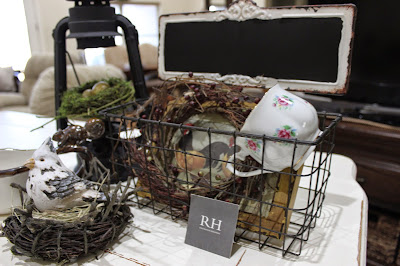 Did you noticed the Restoration Hardware
paint chip?

That's going on some walls if I get brave
enough to go to the dark side! 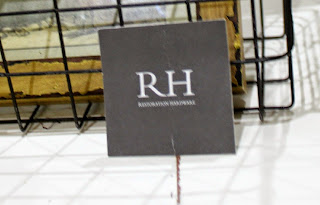 Most of the Restoration Hardware stores are
painted with that slate color now. I love how
RH mixes the dark gray color with the bare
and aged wood look... 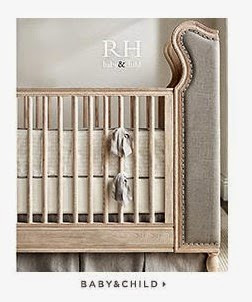 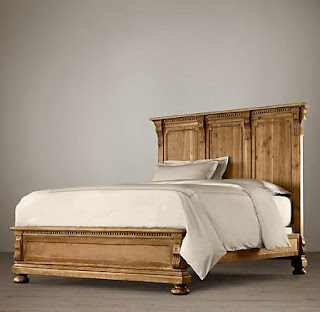 The St James bed frame and the
Willems table in bare wood... 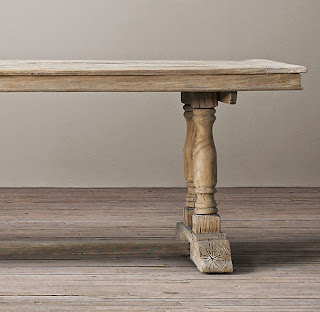 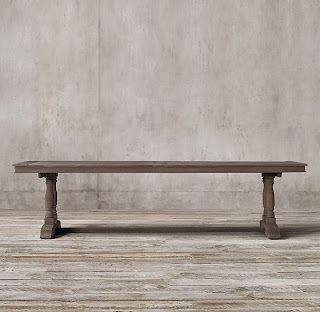 Have you noticed that Restoration Hardware
never stocks anything in the stores anymore?

I tried to buy a gallon of the slate paint last
week, but when I took the gallon can to the
checkout,  the saleslady said it was for
"...display purposes only..."

I took the chip and decided to have it color
matched at Home Depot. I like their Behr's
Paint-and-Primer brand better anyway, and I can
buy a smaller sized sample in case I chicken out.

Dwellings-the Heart Of Your Home 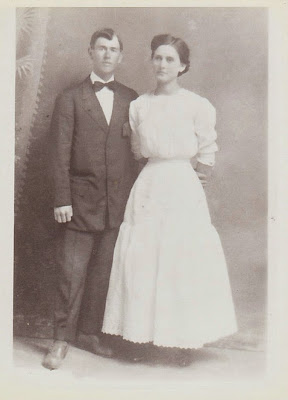 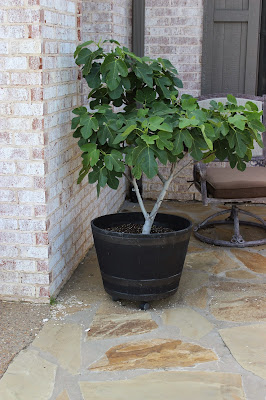 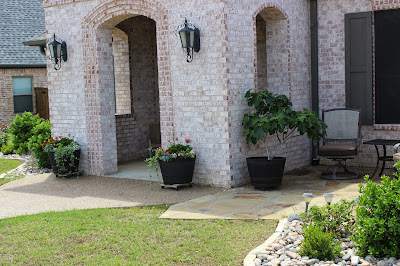 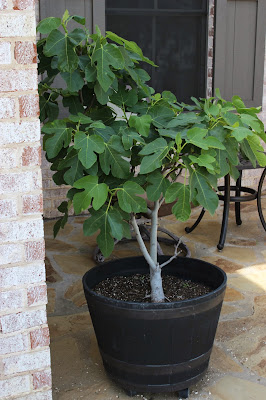 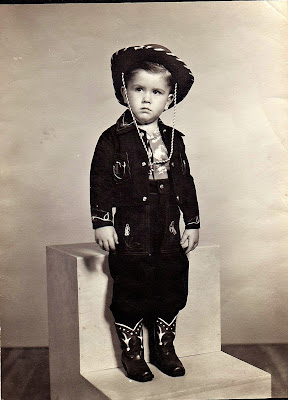 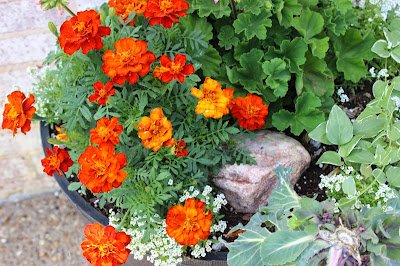 I am tired of trying all the obvious ideas
for finding the right paint color...
you've heard them before, so I won't list 'em.

The thought struck me recently to just pick our
ugliest room and make it over.
Screw the rest of the house!

I knew right away which room is the biggest eyesore
-- it has to be an odd section of our great room. 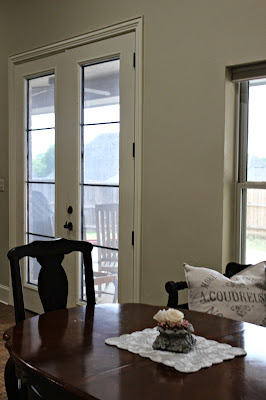 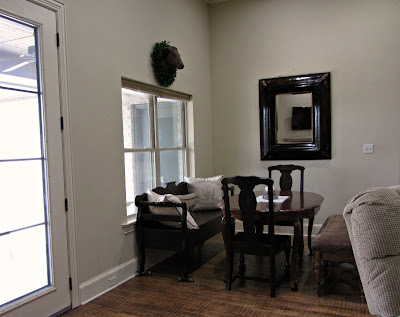 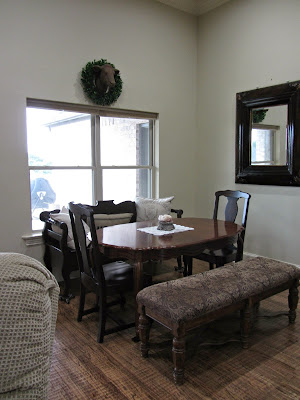 Did the builder mean it to be an eating area?
Or a place to put a small conversation grouping?

You wouldn't believe how much time I have
wasted on this issue!

Like Oprah, I'm starting with what I know for sure:

The odd-sized window needs trim to make it tall
enough to match the French doors.

I will never be happy until the trim is white.

All that dark brown furniture is a drag.

The yellow-beige walls are not for me.

In case you missed me, we were driving back and
forth across the desert from Texas to San Diego
and back...which, as you can tell...leaves a lot of
time for thinking and problem-solving.

Our oldest daughter slipped while out hiking and
broke several bones in her ankle/leg and had to be
med-evacuated by helicopter out of the hills.

She's recovering well now. As a good blogger
does, she got lots of selfies. My favorite is her
hospital pic while waiting for surgery.
What a trooper: 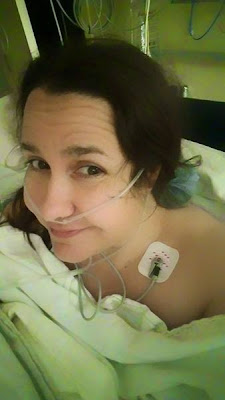