Hello Friends! I miss not being able to check in often, and I want you to know I appreciate those of you who are still dropping by.

I last wrote to you on Christmas Eve. I'm sure you can tell by my post I was so down in the dumps without Wild Bill there with me.

The next morning I found Bill's jacket, which he'd left hanging on the back of the guest room door the last time we had visited. I put his jacket on, along with the best face I could muster, and tried to be brave while the family opened Christmas presents. 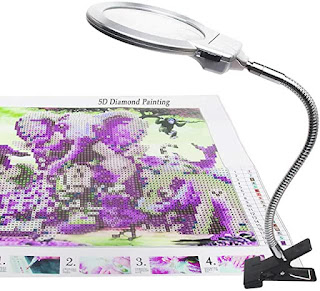 I'm one of those people who doesn't like to receive gifts so usually I just get special ones "made with care" from the little ones who love to give something they've made or picked out. 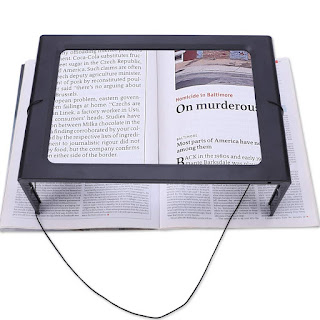 
Well, this year that wasn't the case. First thing Christmas morning two of "The Daughters" plopped a big package in my lap and insisted I open it right away! Even before the grandkids got to open theirs... 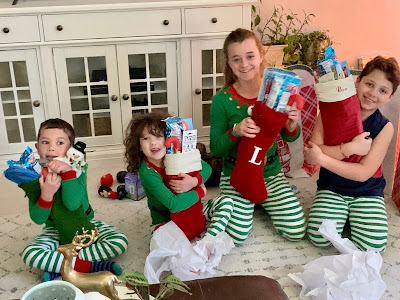 I tried to put it aside...tried to convince them I just wanted to enjoy the little ones opening their gifts as we do it "one person at a time" and I didn't want to kill their joy...

So half-heartedly I opened the darn thing up. And there in my lap was the most inappropriate gift in the world!

The shock took my breath away. And then...well...tears rolled down my cheeks as I laughed and laughed.

Youngest Daughter laughed with me too -- as she knew exactly how right that totally wrong gift was for me -- while Middle Daughter was unabashedly perplexed!

Middle Daughter had heard me say a while back I wanted to buy a lighted magnifying glass for doing crafts. She's NOT a crafts type person. So she found me what she thought was a perfect pair of magnifying glasses with a light. 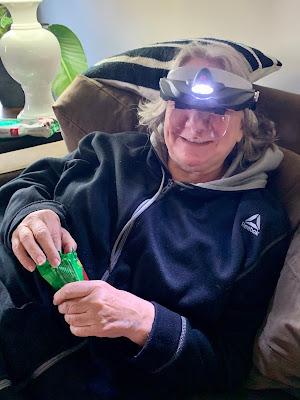 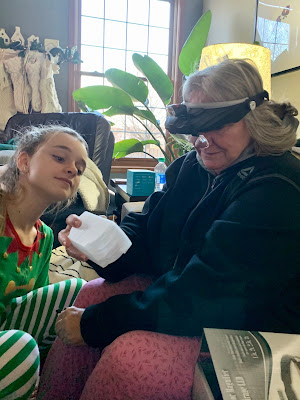 Friends, they were NOT what I had dreamed of, but they were exactly what I needed! Right then and there it was like Wild Bill was right in the room with us.

You see, they were nothing like what I had in mind, but they were exactly what Wild Bill would've bought for me thinking they were excellent!

Bill had the most awful, futurist wrap-around sunglasses when I first dated him back in 1995. I just could not convince him the 1970's called and wanted their sunglasses back! It took years before he gave them up.

Middle Daughter was so apologetic for getting me what she thought was the wrong gift and wanted to return them right away. I told her not in a million years would I ever give them up!

And right there on Christmas morning-- a newly-widowed, old grandma sat with her ridiculous magnifying glasses and found the joy of Christmas once again.


P.S.  Everyone else wanted to wear them too...even Middle Daughter once she understood I believed it was Grampy (whispering in her ear from the other side) that had led her so far astray. 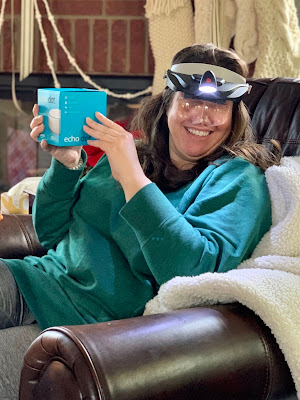 Posted by At Rivercrest Cottage at Thursday, January 16, 2020 25 comments: