I've been Missing In Action lately. Actually, I've been around to read your posts, but just couldn't find my speaking voice.

Expected more good news when Wild Bill got the results of his recent PET Scan last week, but it was not so good. Kind of took the wind out of our sails.

It wasn't for a lack of prayers! You've all been so kind with your hopes and prayers for us. We appreciate each and every one of you. Please keep praying -- we will be giving it a good fight and hope to find a better cancer treatment in the near future.

We have been preparing to put the house up for sale. After losing both Bill's parents this past year it feels like our tie to Texas is gone so we are planning to leave the state.

Change has become harder as we grow older. It seemed staying put for 8 years was for his parents, but now I'm not so sure. Did we just become complacent? I think so!

Our number one goal use to be finding a small town that we both could enjoy. Now our goal is finding the best treatment for Bill. Nothing else seems to matter.

The Way Grandma Made Dessert


Do you have 3 apples you need to use up? 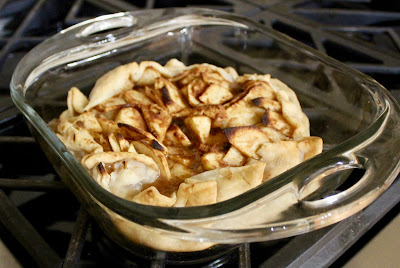 Here's an easy way to make a simple dessert that serves four.

Folks, I'm not breaking new ground here! Just suggesting you won't dread making a dessert so much if you approach it in a less formal way. It May Not Be Pretty, But It Tastes Good

In addition to 3 peeled and sliced apples (maybe 4 if they're small) you'll need: 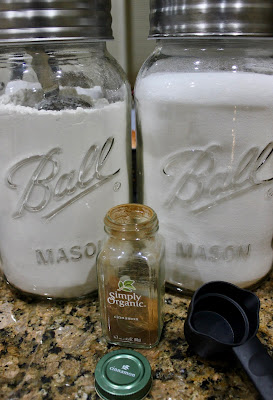 My Grandma was a good cook, but she seldom measured anything like people do today.

She had lots of kids, including 3 sets of twins! She didn't have time to measure. 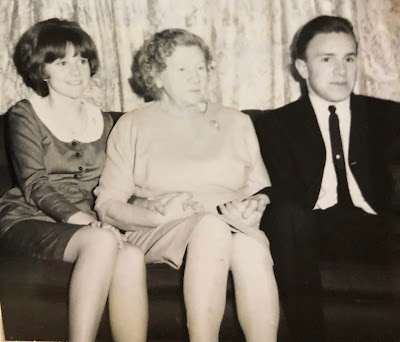 Me (15 with "The Bubble" hairdo), Grandma, My Older Brother

Grandma trusted her cooking would come out right if she added what she had on hand and tasted it a few times along the way.

That's how I tend to make this dish...simple, quick and easy! And if you cut up the apples for them, even little kids can have fun making this dessert with you.

If you have a favorite pie dough recipe, as I'm sure Grandma did, go ahead and whip one up! Otherwise use a pre-made one. 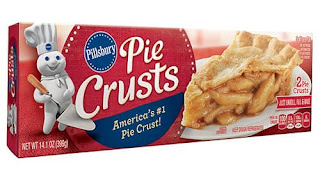 I like to keep this brand on hand...in the fridge or in the freezer...it's easy to keep on hand, and most people think it tastes like it's homemade.

To squeeze the juice from the lemon, I use this cheap inexpensive little squeezer I bought at the grocery store (probably Walmart) a while back. 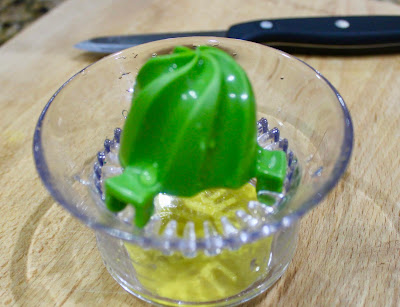 It isn't fancy, but it's easy and can be put in the dishwasher 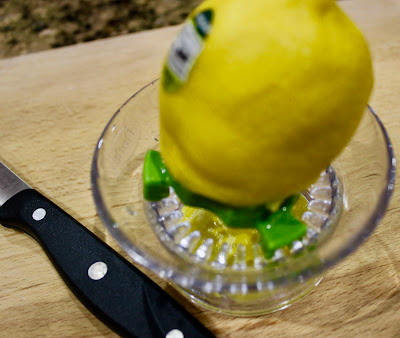 I've bought several other type squeezers that broke right away

With just a few twists, all the juice ends up in the bottom of the attached cup and can be poured out right onto the apples! 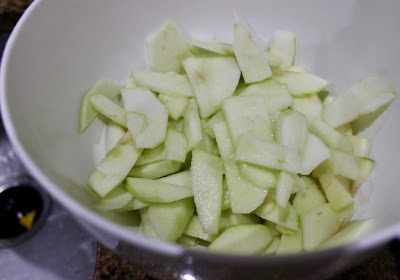 In a large bowl, mix the lemon juice into the sliced apples then sprinkle in as much cinnamon as you like. It's up to you! I go crazy because we like cinnamon.

Add sugar depending on how sweet you like your apple dessert. We tend to like ours less sweet so I use just 2 to 3 Tablespoons.

At this point, the simple way to determine if there's enough sugar and cinnamon for you is to taste it by eating a slice of apple... No duh huh? You'd be surprised how many people want exact measurements. 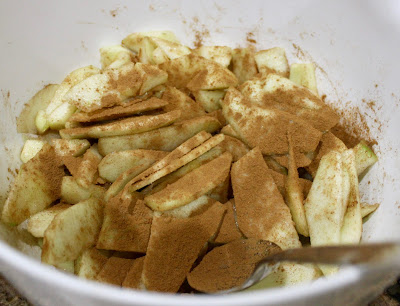 Add a bit of butter by cutting up a few slices from a butter cube and mixing it into the apples.

To thicken the juices that the apples will create while cooking, sprinkle 2 or 3 tablespoons of flour onto the apples (maybe more if they're really juicy) and stir it in well.

Spread your pie crust into an ungreased baking dish. I used an 8 by 8 inch cake pan, but use what you have on hand. 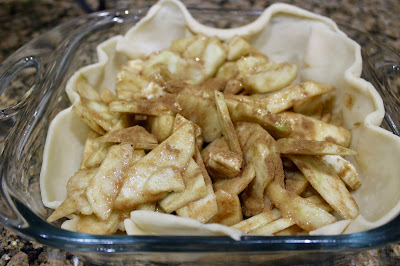 Pour the apple mixture into the middle and pull the sides of the dough up snug around your apple mix to keep the juices inside the crust as it bakes. 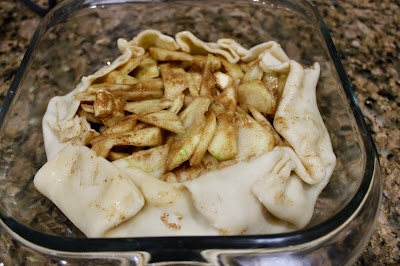 Bake at 375 degrees for 30 to 38 mins. Check at 30 mins to see if the apples are done enough. Stick a fork into a piece of apple and taste it...if it makes you happy, it's done! Otherwise give it 5 more minutes and taste another piece of apple, but don't overcook it.


What's your story? I'm joining the gals at Celebrate Your Story! this week. I hope you'll drop by the party and join in.