Last Sunday, while skyping with our youngest
daughter's family, our granddaughter Lily
was telling us about her trip to Disneyland
and to the beach in San Diego. 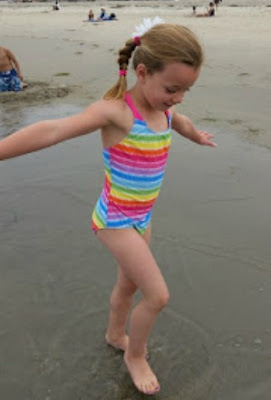 It was her first time at both, and she
said she loved the beach the most.

When she showed us all the shells she collected
with her cousin Tucker, I told her she could get
an old frame and paint it and glue the shells on. 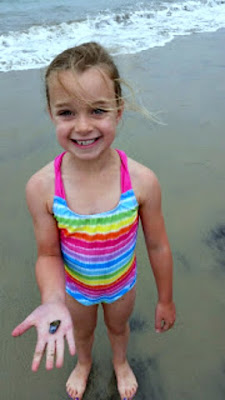 Lily loved the idea and immediately went
looking for a frame.

Her mother was not so happy about the idea of
spending her Sunday night cleaning up another
of Lily's DIY projects.

I think my suggestion probably wasn't appreciated.
It didn't phase me though because I spent many a
night cleaning up after Lily's mother when
she was a little DIY-er.

I was happy to be featured over at the
Anything Blue Friday
party at The Dedicated House's blog. 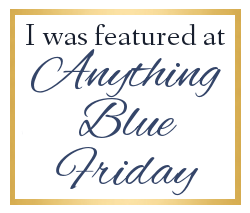 I overdosed on country blue way back in the
late 80's, so we have hardly any blue in our house.

For the Anything Blue Friday party, I submitted a
post I did on that lovely green-blue kitchen in a
house we toured a while back.

Seems everyone loves that kitchen... 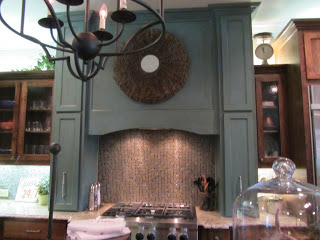 If I get brave, I just might paint our kitchen's hood
that color or add it in a few small spots.

Posted by At Rivercrest Cottage at Thursday, June 25, 2015 8 comments:

Email ThisBlogThis!Share to TwitterShare to FacebookShare to Pinterest
Labels: At Rivercrest Cottage, Featured At The Party

Someone suggested I might hang flags in our
outside entryway to scare the Barn Swallows away. 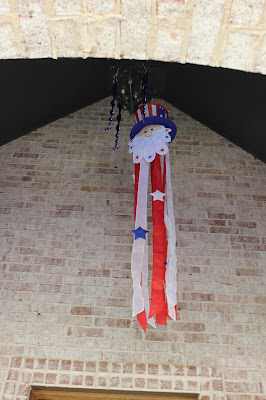 At Hobby Lobby I found this Uncle Sam with
streamers and some twisting stick-type thingies. 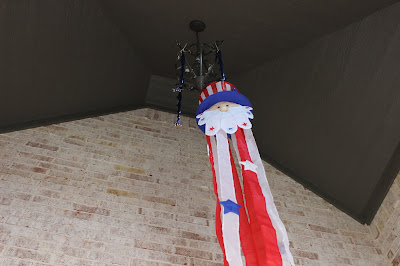 I know the neighbors must think we're a little crazy
to hang our decorations up so high you can only see
the bottom hanging down from the street view... 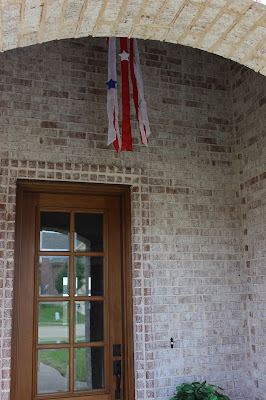 Truthfully, this isn't the first crazy thing we've
done so they're probably used to it.

I did add a few holiday decorations to the
planter pots just to add some cheer... 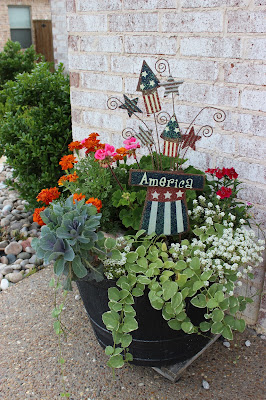 Despite all our gay efforts, the @&%#g birds were
still trying to nest in the outside chandelier, leaving
their "droppings" right in front of our doorway. 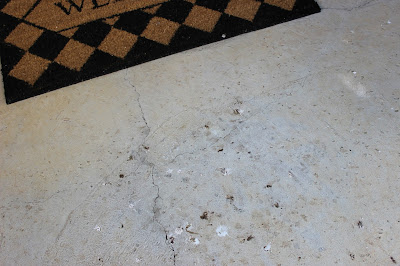 Wild Bill took matters in his own hands and decided
to buy a BB-gun to scare them off. When he came
home the proud owner of a pink one, I thought
maybe he had lost his mind.
He said:
"Can you imagine how I would look carrying
what looks like a real gun around the yard?"

And I thought:
"Yeah...you're going to look so much better with
a little pink Daisy-brand one!

For the next 2 or 3 days, Wild Bill would go out
and shoot his little pink Daisy right under the
birds, not "at" them, but "under" them.

Lo and behold...the birds are gone!
We are bird-poop free.

Seems just the noise of a nearby gun is
enough to scare them away.

Some towns and malls have BOOM noise-makers
in place where there's a problem with birds nesting
in large flocks. That's where Wild Bill got the idea. 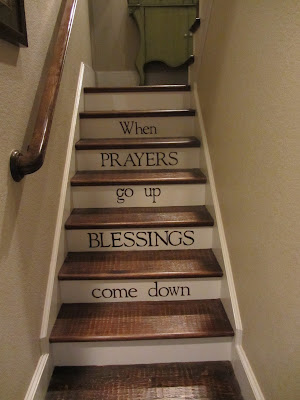 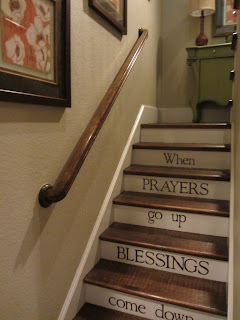 Our builder left plenty of room in our attic to
build a bonus room, but we would have to give
up our office nook to put in a stairway.

The stairway in these pictures was from a house
tour we did a while back.

I still drool over pictures of that house...
especially the kitchen. 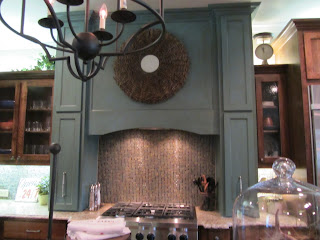 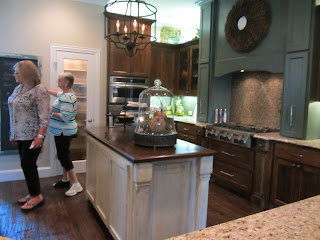 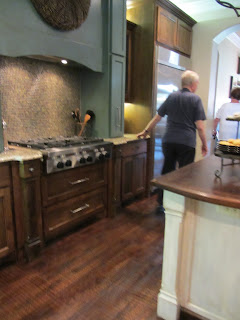 I still love that mix of wood, white,
greenish blue, and granite.

It's raining again here in Texas this week.
Love that too.

Email ThisBlogThis!Share to TwitterShare to FacebookShare to Pinterest
Labels: At Rivercrest Cottage, Fixin' To-Do List, The mind wanders, The things we carry, You Might Be A Hoarder If


Last Fall, we set out to do a road trip to
Tennessee. Somehow we entered Georgia on
the very first day and ended up staying there
for the next 3 days...
We fell in love! 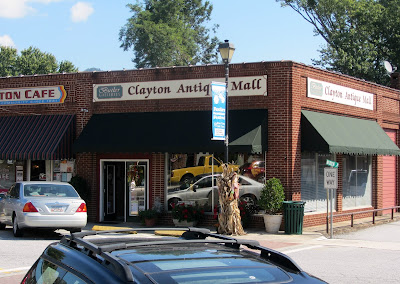 Just before we left Georgia, we happened upon
a little town called Clayton.

I mean, how big can a town be when folks
running for office use only their first name? 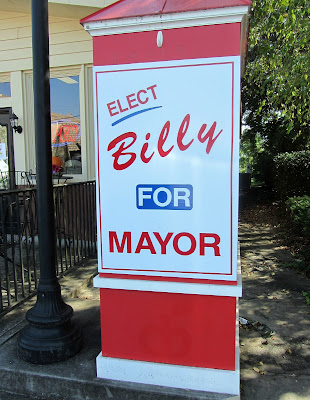 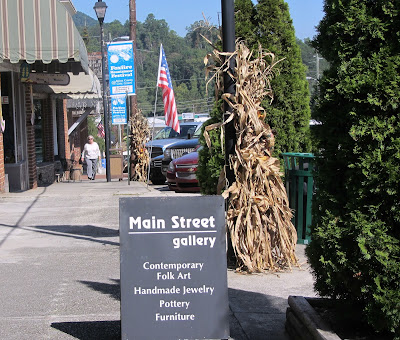 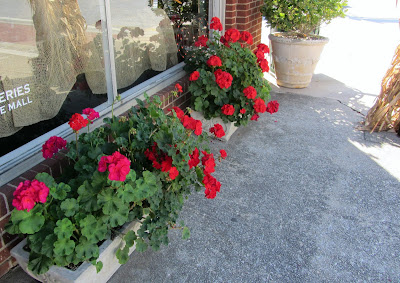 There is an old house there built of rocks.
The fountain, benches, and everything else
were built with rocks long ago... 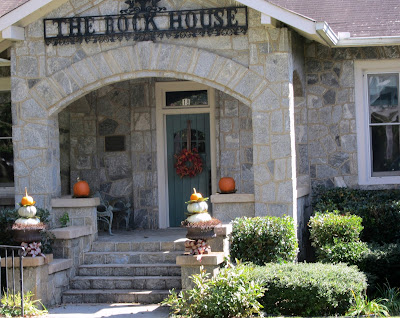 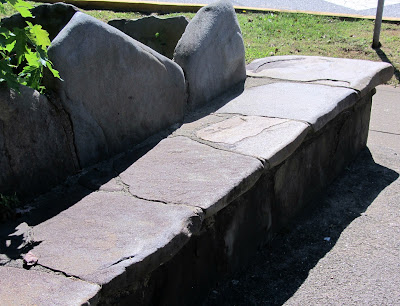 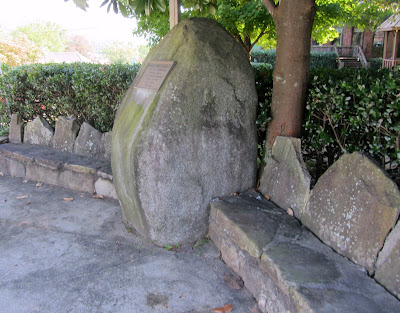 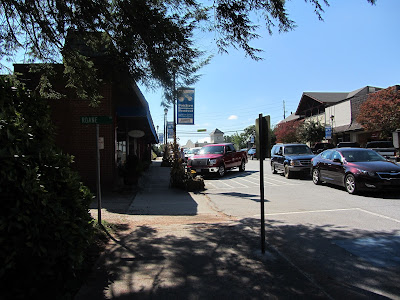 The area around the town was filled with hills,
valleys, and beautiful blue skies. 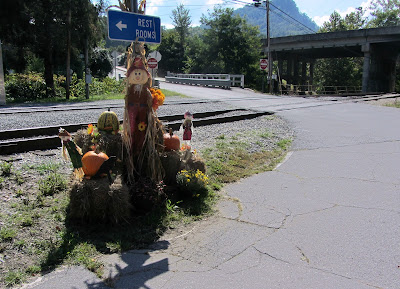 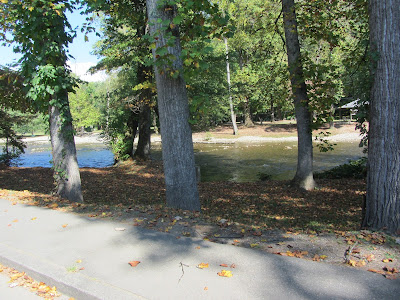 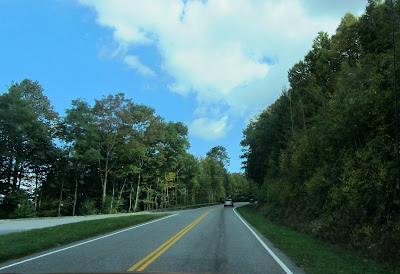 Leaving Georgia was hard, as I had fallen
in love. We took the mountain road out of
Georgia and into Tennessee. 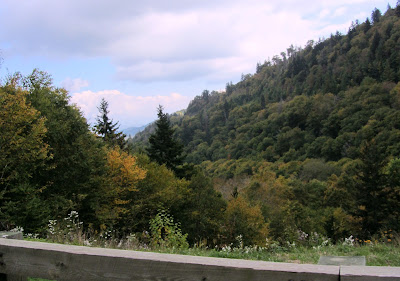 Truly, some of the prettiest mountains and
towns you will ever see.

Email ThisBlogThis!Share to TwitterShare to FacebookShare to Pinterest
Labels: Fixin' To-Do List, Not all those that wander are lost, The mind wanders
Newer Posts Older Posts Home
Subscribe to: Posts (Atom)