We had an early afternoon dinner at PF Chang's the other day. If you love Chinese food, PF Chang's is the place for you.

Believe me, if anyone loves Chinese food, it's me! I even worked my way through my last 2 years of college (and the whole menu) at an excellent, small Chinese restaurant in Sonoma California back in the early 80's. 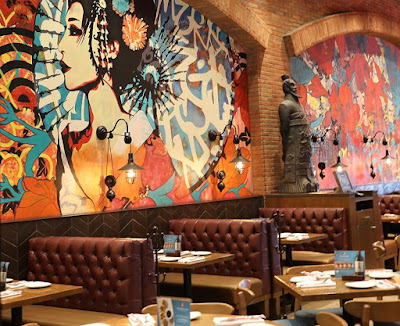 So, back to PF Chang's...Chang's serves the best Won Ton soup!

The soup is part of my "go-to" meal at Chang's. I always order a cup of Won Ton soup and an order of Chicken Lettuce Wraps. The Lettuce Wraps are actually an appetizer, but I eat the wraps as my meal. 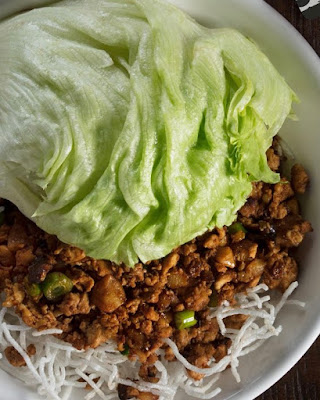 Wild Bill decided to have a cup of Won Ton and an appetizer for his meal too. He ordered the Mongolian Pot Stickers. 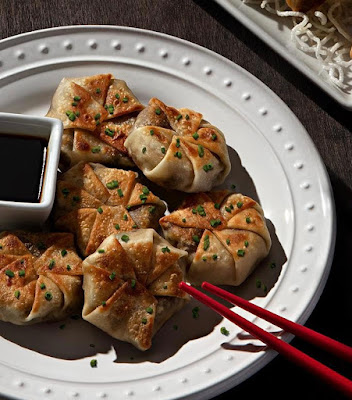 The Mongolian Pot Stickers looked great in the photo on the menu, but when he tried one he said they were terrible! You know I had to try one...being a self-proclaimed expert and all.

I took one bite and had to agree with him. They were mushy and...and...let's just call them "Not Good!"

The waitperson, Katie, was a great server. I hate to complain at restaurants because I remember what it is like to be caught in the middle between the customer and the kitchen, but when Katie saw Wild Bill had barely touched his Pot Stickers, she asked if they were okay and offered to get him something else.

Bill tried to be kind and said he just didn't like them. I told Katie I took a small bite and wouldn't recommend them.

Later, I asked Katie for a box for my leftover Lettuce Wraps, and she went off to get it and our check. It took longer than normal for Katie to return, and when she brought the check she had taken the Pot Stickers off our bill.

Next the manager came to our table and apologized for the Pot Stickers. He said he'd cut into one and thought they were undercooked, so he went to the chef to show him and the chef said he thought the whole shipment they had received was a problem.

The manager said the Mongolian Pot Stickers were usually excellent, and he hoped we would try them again the next time we came in. Then he provided us with a $10 gift card to pay for an appetizer on our next visit!

He even encouraged us to post about the problem with the Pot Stickers on PF Chang's website so other customers would feel comfortable discussing problems with the food to Chang's management!

This action on the part of the server and the manager was above and beyond what we have come to expect these days. I am reminded of a saying that restaurants used to have on their menus:

This is possibly the cutest Easter tablescape I've run across! 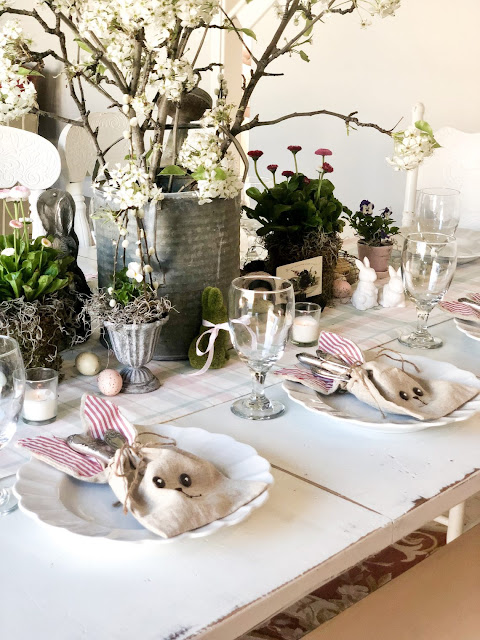 I'm trying to store away all but the "necessary" stuff as we get ready to put our house on the market soon, but I've "pinned" this post to Pinterest so I'll be able to make these little bunny silverware sacks next year.

Posted by At Rivercrest Cottage at Saturday, April 20, 2019 8 comments:


Over at Joey's Pad I was fortunate to read his words today. Although he was speaking primarily of the fire at Norte-Dame cathedral in Paris, I will carry his words in my heart for a long time to come. 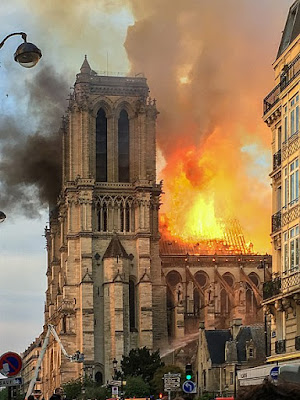 The thing about blogging is...you just never know where inspiration will come from or whose words you need to hear at the exact time you run across them.

If you have time, I recommend a quick stop to Joey's blog post HERE.

Email ThisBlogThis!Share to TwitterShare to FacebookShare to Pinterest
Labels: Blogs I Love, Cancer and Other Damn Things, Finding Inspiration


We've been gone awhile. Wild Bill and I took a trip up to the chilly north to see Middle Daughter and family, then we went down to Tennessee and looked around a bit.

It felt good to get away for a little while. Chemo starts again this week for Bill, and we will be putting the house up for sale soon. 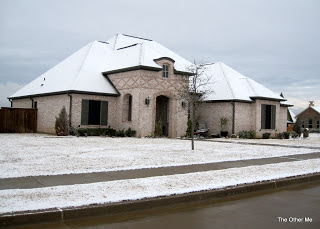 Our House In Winter

We decided to wait a bit until at least one of the three other houses sold. Thankfully, two of them have sales pending, so we feel better about putting ours on the market now. 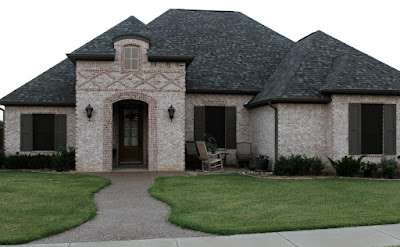 Our House In Summer

It seemed heartless to add another house to the mix so we spent the time boxing up what we wanted to keep and donating/giving away the stuff that no longer brings us joy.

Hopefully waiting will benefit us too. I think our house is much more attractive in the summer with the grass all green and the planters with flowering plants to liven it up.

How about you? Does your house have a season it seems to favor? 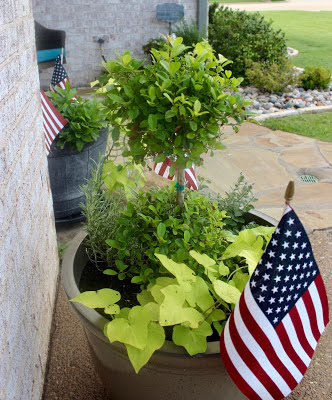 The flagstone patio we put in the front, on the east side of the house, comes alive when the potted fig tree bursts out in green and the sun beats down on Texas. 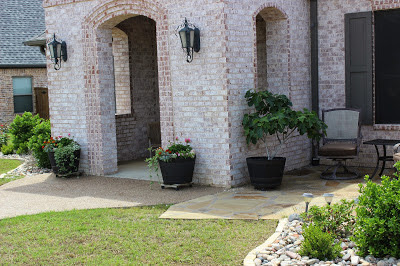 The patio is a great place for a cup of tea in the early morning or a cool drink in the afternoon when the sun goes over the house and it's shady all the rest of the day. 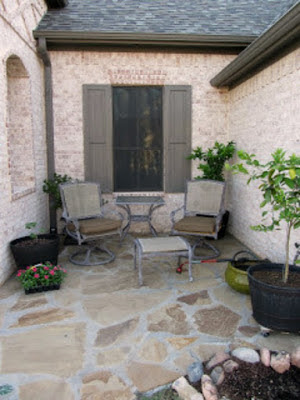 We'll miss the house, but we're ready to move on. I personally dread the process of selling the house. Maybe that's another reason why we've put it off until now...

Tell me...Do you remove everything but the absolute necessities? Do you live in the house while it's up for sale or do you move out?

If you have any suggestions, I'd love to hear them please.

Email ThisBlogThis!Share to TwitterShare to FacebookShare to Pinterest
Labels: At Rivercrest Cottage, The Fixin' To Do List, Use It Up-Wear It Out-Make It Do-Or Do Without
Newer Posts Older Posts Home
Subscribe to: Posts (Atom)