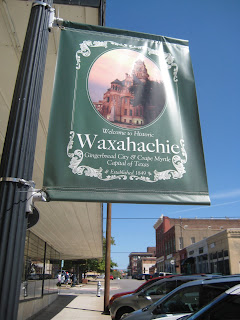 Last week, on another trek from Central Texas to North Texas, I decided to have lunch in a little town called Waxahachie (pronounced Waux (walks)-a-hatch-ie) and wound up losing about 4 hours to the loveliest little part of town filled with antique and what-not shops, and the best lunch I've had in ages.

I do have to tell you when I first moved to Texas, my native-Texan husband and his parents told me the town's name is pronounced Wax-a-hatch-ie. Because I am a native California (you can tell a native California because they almost always live in other states) and my husband, his parents, and their families have been born and raised in Northern Texas for the last 5 or 6 generations, I believed them and called it Wax-a-hatch-ie. To which my Central Texas co-workers would roll on the floor in fits of laughter...making fun of my "California" accent. I didn't bother to tell them it was those damn "Northerners" fault. 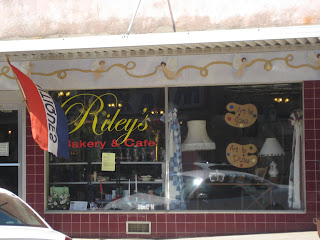 I spent a half hour in this shop and found several furniture items I will need to convince Wild Bill we need. I'm working on my approach ;-0 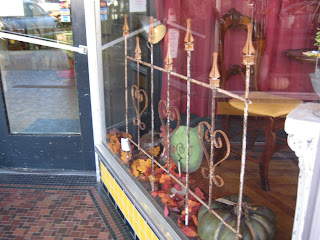 Loved this old rusty fencing in the next shop, where I lost the good part of 2 hours trekking through the best little shops on just one of their three floors. This is the shop's sign, Old Town Village... 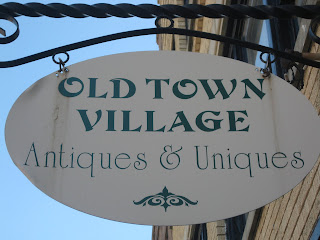 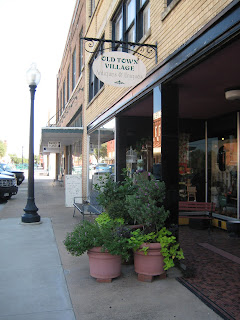 And this is the shopkeeper, Mary. She and I became fast friends when she lead me around the store showing me four pieces of furniture she had already purchased from different vendors, but didn't have room to take them home! I love me a fellow furniture fiend. She almost made me look normal. 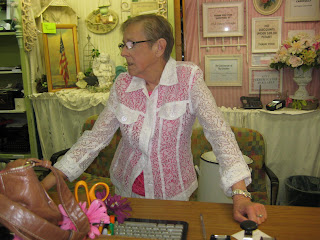 I'm not sure who was older, Mary or her computer... 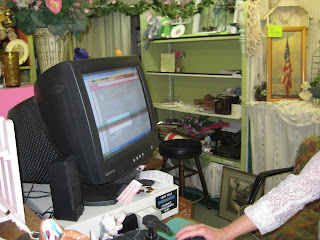 But she sure could work that thing when we looked up blogs I told her about. Meanwhile, here is my favorite sign I spied in the shop. I'm going to call her and tell her to hold it for me before I publish this post. Wild Bill will hate it, but I know others of you out there will love it too. 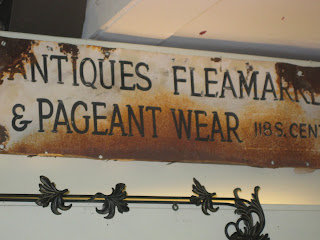 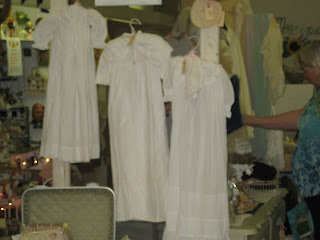 Next shop up was The Dove's Nest. Here's a shot through the window as I figured they would have a "no-pictures-policy" since their stuff is newly made, often using vintage stuff. 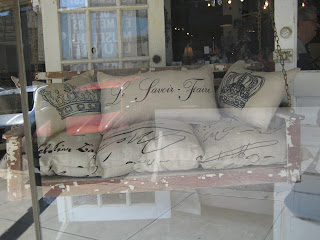 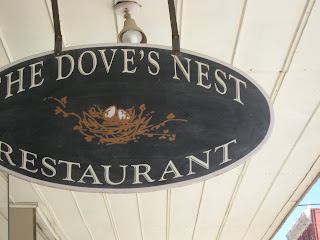 Their restaurant had the best salads. I had a Greek salad and asked for my dressing on the side because I wasn't sure I would like it...then I had to ask for more because it was to die for and they had given me a small serving -- probably because they thought I was watching my calories. Ha, ha... like that would happen!

For $3.00 I added a flat iron steak as a "salad additive." It was cooked perfect, sliced cold and almost a whole steak. It was so good I asked if it was in the cookbook cuz I was willing to give cooking a try if I could have that steak every day, even though I don't cook very often. 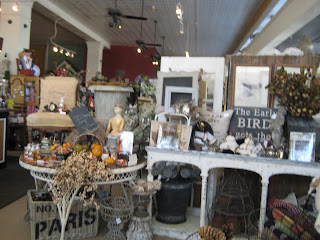 Here's another shot through another window as I was leaving. Eye candy to me. I must take my husband to lunch there soon, Christmas is right around the corner isn't it? You get the picture?

I'm linking up to No Minimalist Here's open house party. Come join the fun...
Posted by At Rivercrest Cottage at Friday, September 30, 2011