Over 100 years ago in April 1912, in a horse buggy in the rain near the Red River in North Texas, a Justice of the Peace married Mattie Pfaff and Will Savage.

The new couple moved to Oklahoma to farm some land with another young couple, Will's cousin and the cousin's wife.

Will's father gave him a hog for the farm. Wedding gifts were  far more practical back then! 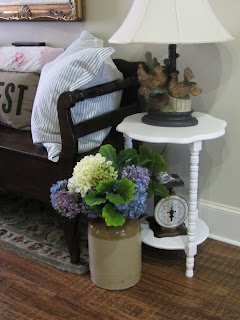 On the Oklahoma farm, Mattie and Will had their own bedroom, but little furnishings. They had one bed, one wardrobe (free-standing closet) for their clothes, and a coal oil lamp.

Mattie didn't complain about their hard-scrabble life on the farm, but she did complain that she had nowhere to put her coal oil lamp when it was burning. The wardrobe was "...too high and the floor was too low..." she told Will.

So, when his hog had a litter of pigs, love-struck Will traded one of his piglets to a neighbor for a little three-legged table.

The table was just right for sitting next to the bed to hold Mattie's coal oil lamp. 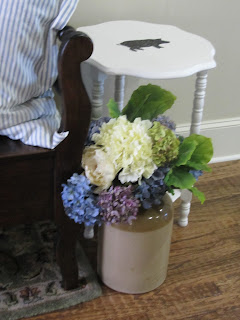 "Our pig table", as Mattie called it, was used and loved for the many decades of Mattie and Will's life-long marriage.

Finally the table fell to pieces and was put in a shed where my mother-in-law Jessie (one of Mattie and Will's 12 children) found it one day. With her mother's permission Jessie rescued it, put it back together, and used it for a few more decades. 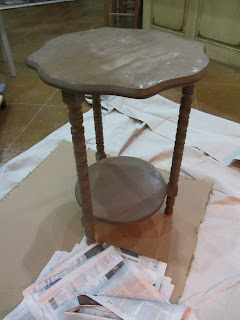 One day I saw the wobbly old table in my mother-in-law's shed and heard the Pig Table story. I offered to fix it up.
Wild Bill (who is Mattie and Will's grandson and is named for Will) put the table back together as sturdy as the day it was made.
It was up to me to "pretty" her up... 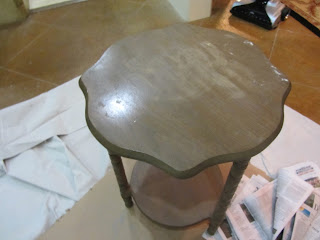 I used homemade chalk paint made with Behr's 'paint and primer' in my favorite color, Swiss Coffee. 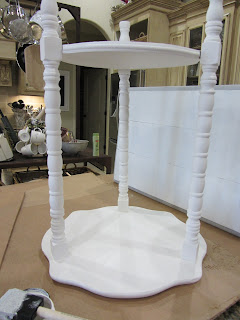 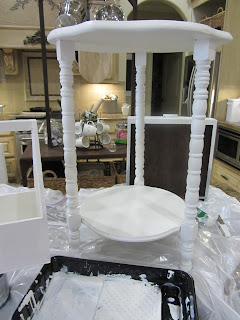 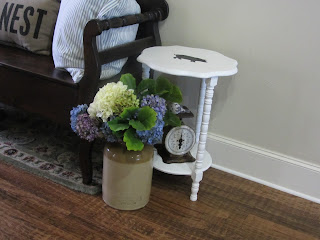 Now that you've seen the final result,
I have to show you my sad first attempt at fixin' up the table...
Yeah, go ahead and laugh!
As my 3-year-old grandson Ben would say:
"How sad, Grammy, how sad!" 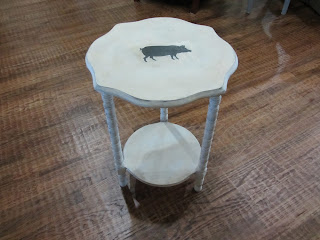 Everyone says aging furniture is so easy...well...
"NAILED IT!" 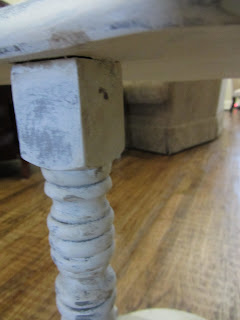 And, I don't know why mod podge turns out so well for others, but mine yellowed and showed all the edges of the cut-out and looked like crap.

I quickly repainted it (even over the classy-yellowed-mod-podged-pig) with my homemade chalk paint. 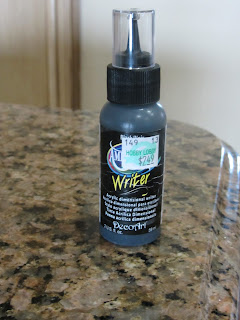 I plan to add the words and the 1912 date to the top, then it's going to have to stay this way until I learn how to do the aging and add words and pictures and crap to furniture.


Hopefully it won't take me another decade to figure it out! 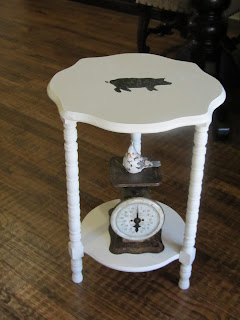 For now, it's in the entry hall -- next to the bench under the chalkboard. Yeah, that's right. I need to learn how to print on chalkboards too. That's another "Nailed It" job!


I should be ashamed to show you that. 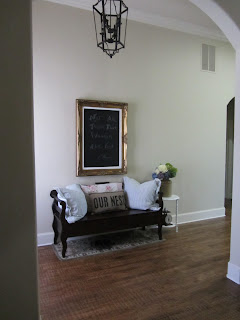 I'm sharing all the good and bad of this over at the following parties: