Quackers The Not So Wild Duck 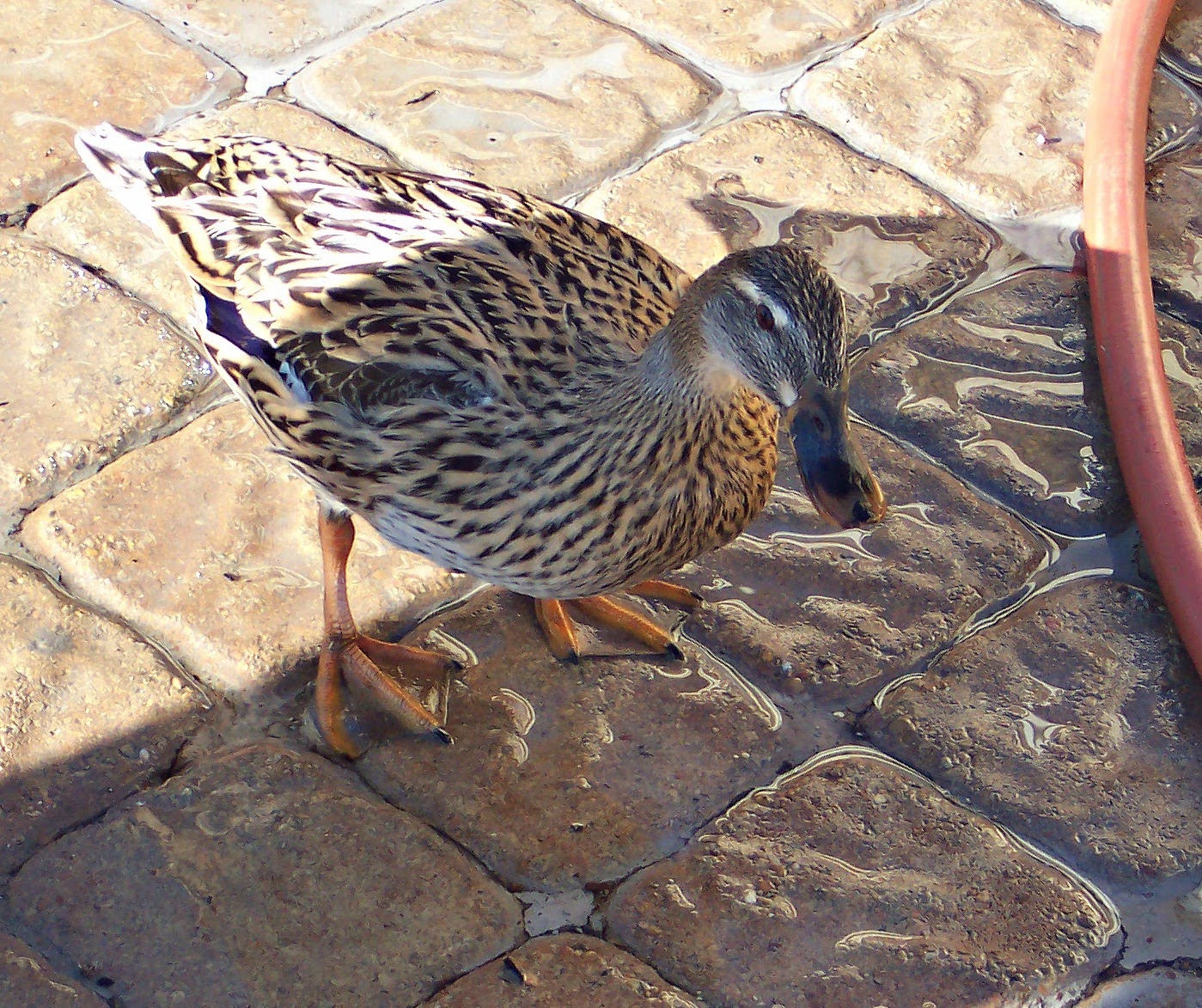 Our last house was a half mile from a lake.

Our house was one of the first to be built, so
the roads within the subdivision were free of
traffic, and we often road our bikes around
the empty streets. 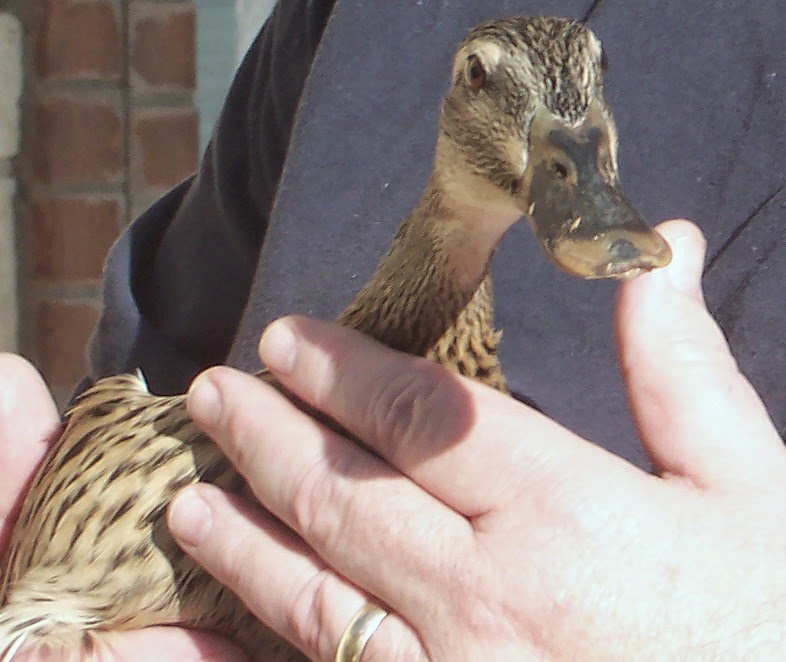 One day a wild duck zoomed around over
our heads and quacked at us. 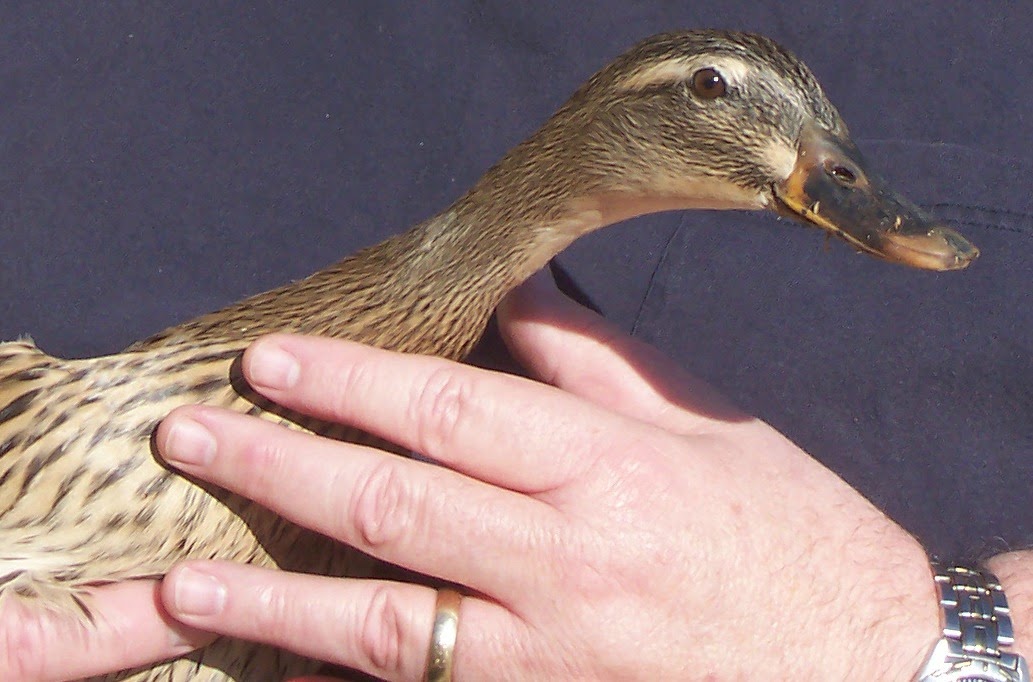 We soon realized it wanted us to fly with it! 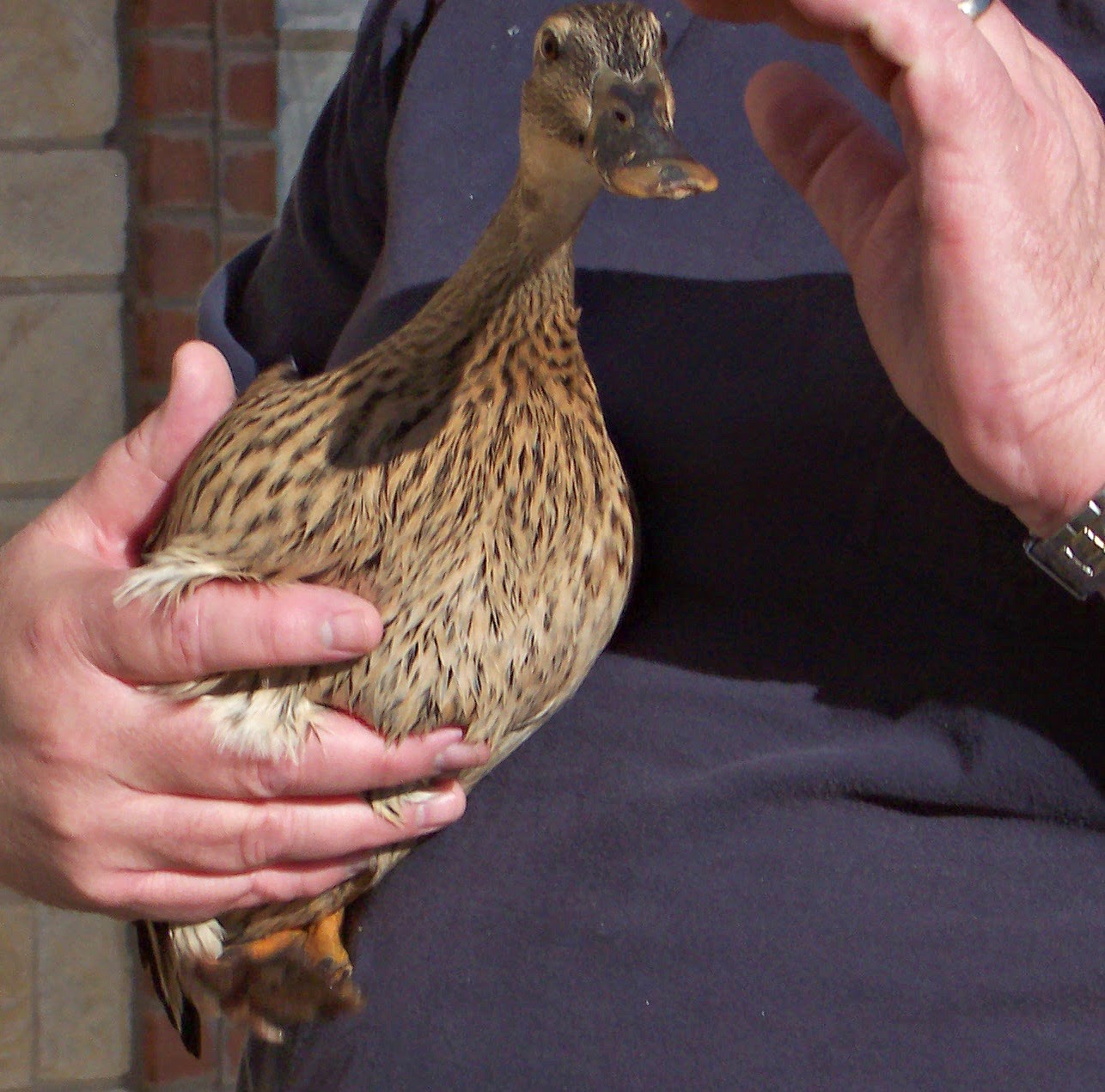 It followed us home that day and stayed
around the neighborhood for months.

We called it Quackers.

I believe it was a female and she loved to
be held.

Over the next couple of months, Quackers
would fly down whenever we were outside
on our front patio.

Up and down the walkway Quackers would
march, quacking impatiently to tell us to
turn on the hose! 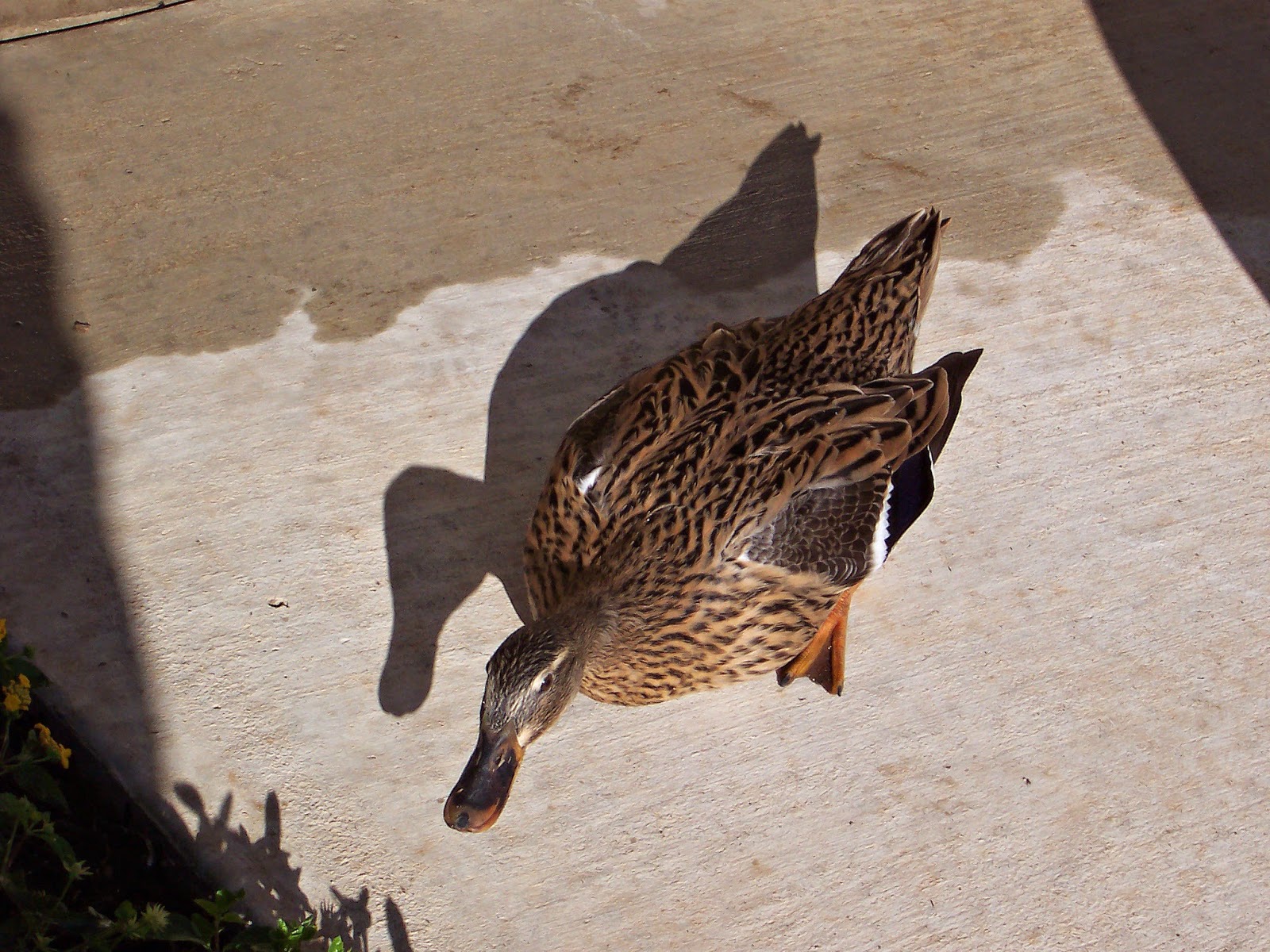 Quackers would also stare at the hose until we turned
it on, then run as close to the spray as it could. 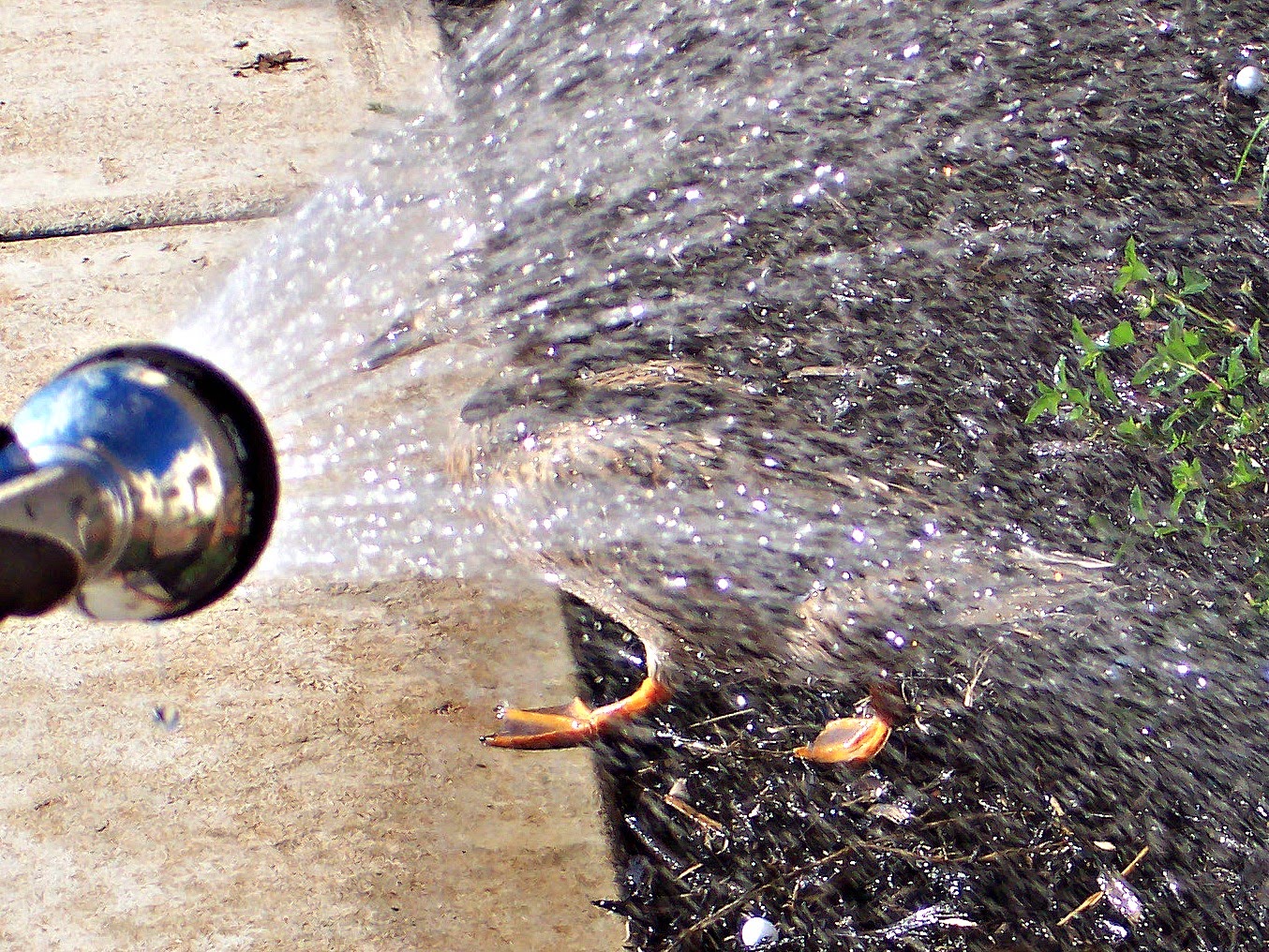 When we got tired of holding the hose and
turned the water off, Quackers would run and
splash in the water like a child. 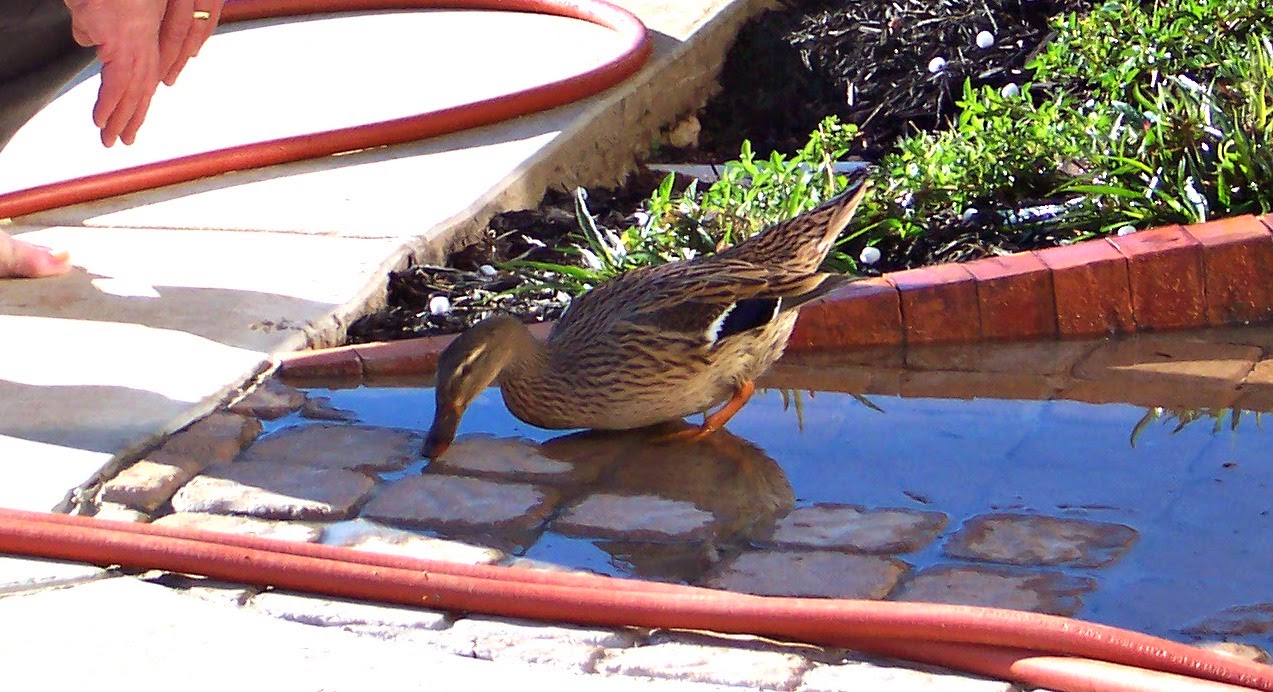 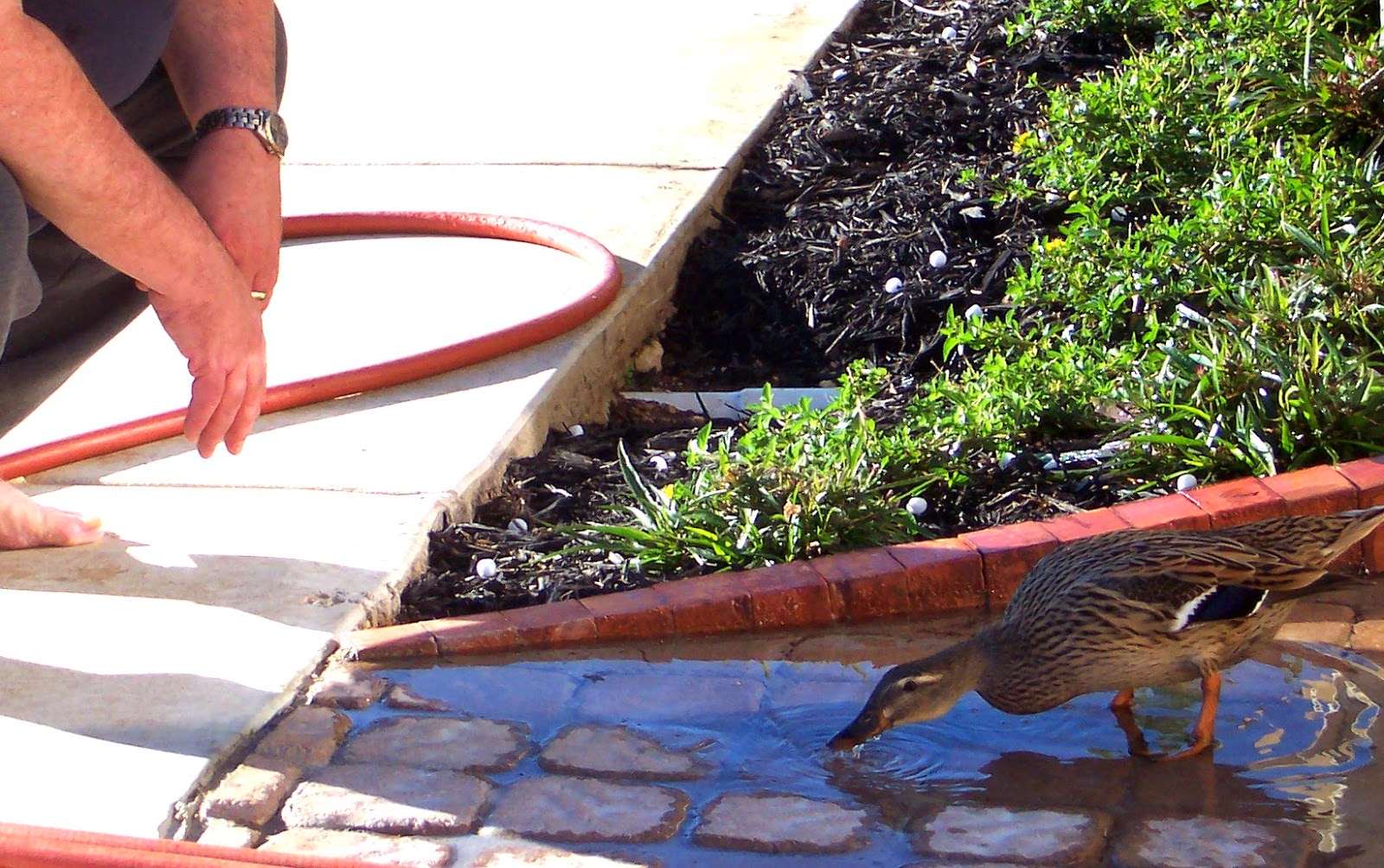 When Quackers got tired of the water, hunting
bugs was next on the list... 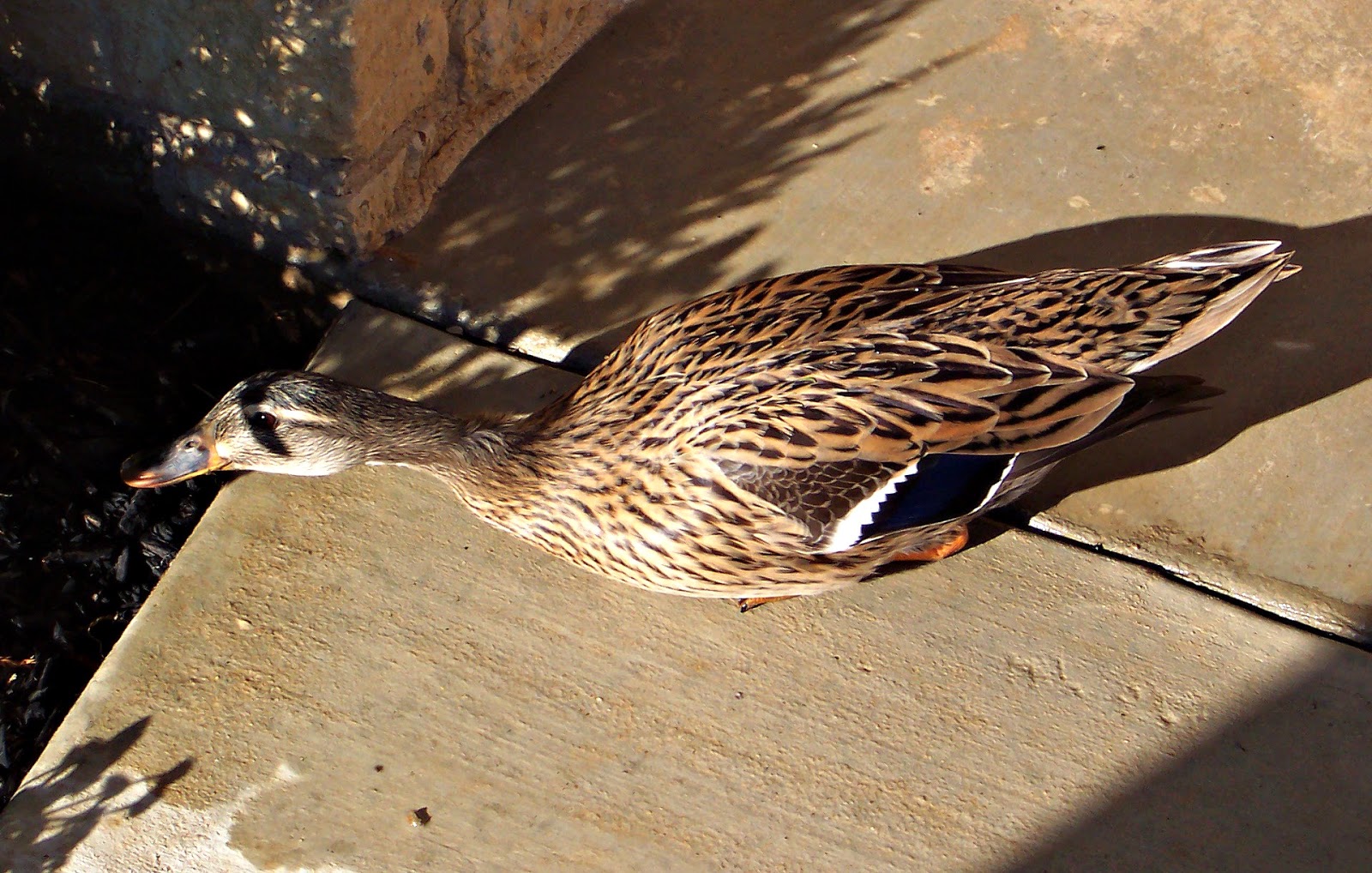 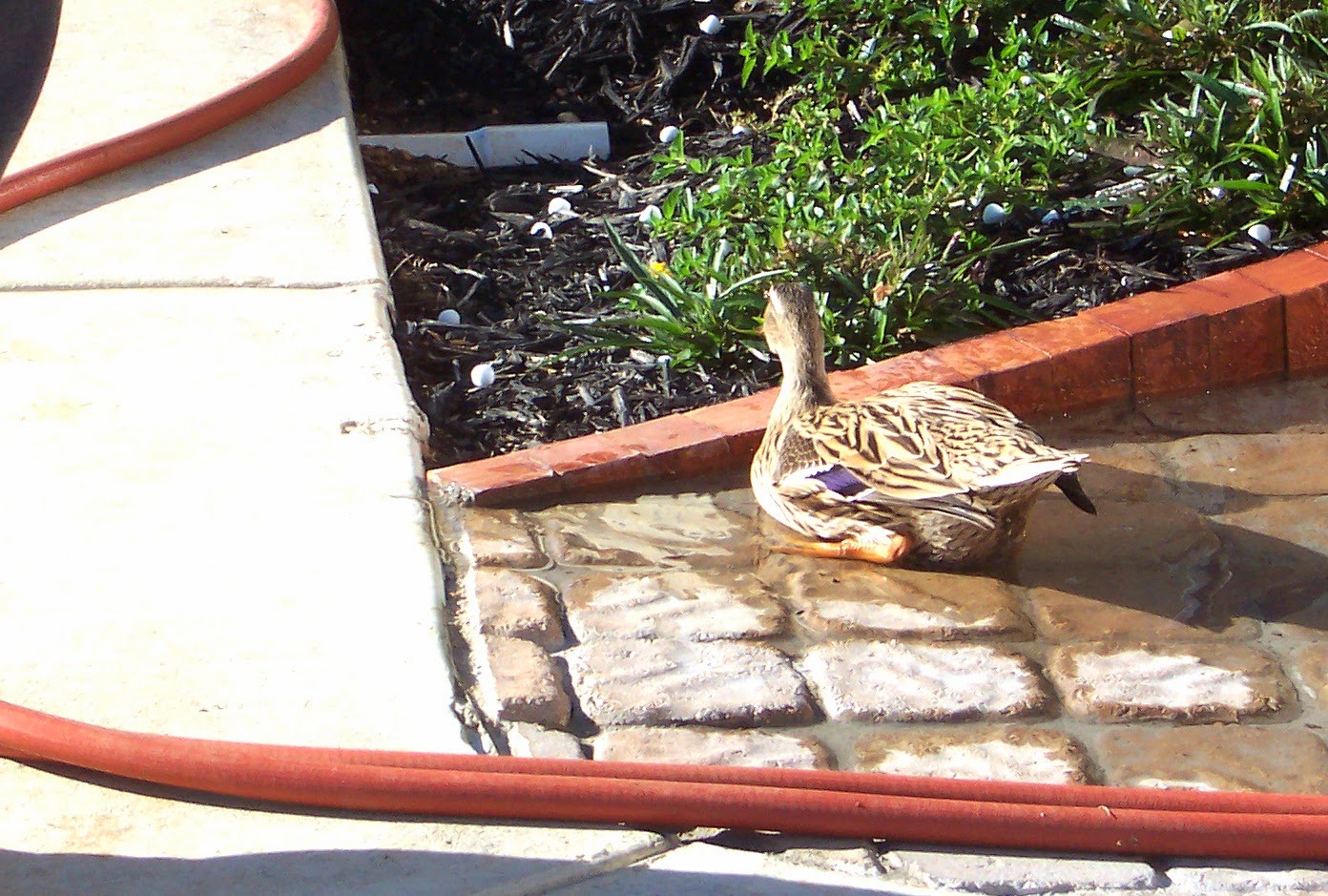 We had a great time with that wild duck.

We believe someone raised Quackers and
that they had some sort of personal flying
machine that they flew with Quackers.

After a few months, Quackers stopped
coming around.

We heard someone in the neighborhood
turned Quackers in to a wildlife sanctuary.

We really hope that's what happened.

We miss her every time we turn on the hose.

Thanks for stopping by!

Sharing at the following:

Email ThisBlogThis!Share to TwitterShare to FacebookShare to Pinterest
Labels: family ties, Out and about in Texas