These are the blooms from my hydrangea that lived through the summer of 2014. The blooms started out dark blue on that plant too, but then turned a shade of pink. 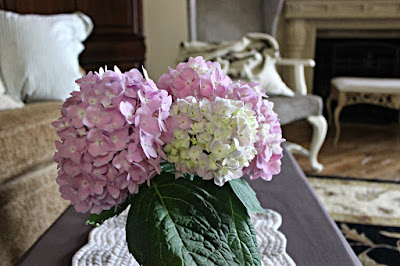 I've recently gotten a lot of great advice about how to turn hydrangeas blue or pink using products from garden shops meant specifically for that purpose. 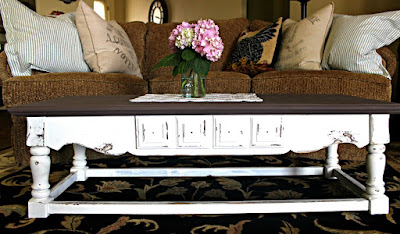 The advice also included putting rusty nails in the dirt, and even coffee grounds were suggested as an additive...though I'm still not sure which color either of those will turn the plant! 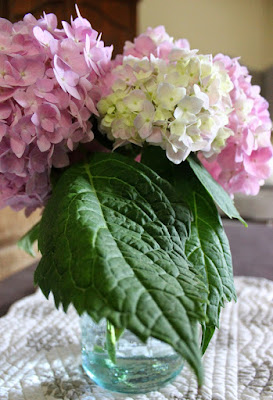 These blooms in the photos below were cut from our hydrangea plant bush over a week ago. That's another thing I've learned, it seems everyone refers to the hydrangea as a bush, not a plant.

Anyway, I wasn't sure how to dry them out when I cut them. I did remember hearing if you want to dry them, you should remove the leaves and put them in water. Done! Not to confuse things, but someone mentioned that you can hang them in a dark closet if you prefer. 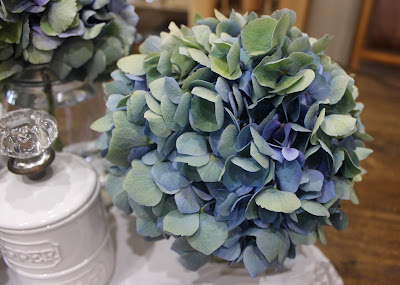 Originally the flowers were even a darker blue than the ones in this picture below from the blog, Redeem Your Ground (RYG). 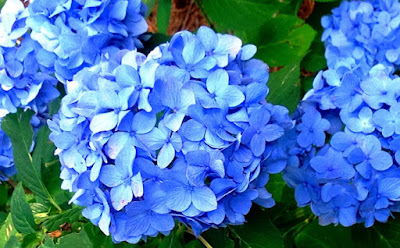 Once planted in a new pot, our hydrandea blooms got lighter and lighter until they were almost a pale green as you can see below... 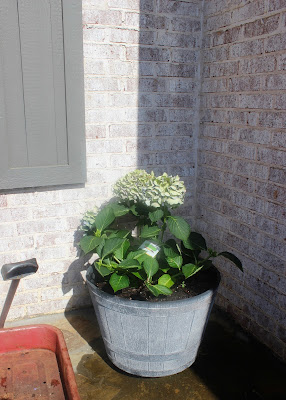 Strange thing though, the blooms seem to be gaining their blue coloring back while they've been sitting in water inside the house! See the blue in the photo here? Even Wild Bill mentioned it to me. 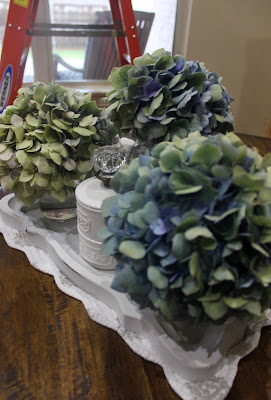 Oops, ignore the ladder in that photo! We've got more chores going on here due to the good ole "Fixin' To Do" list.

And, while I'm confessing...Don't even bother asking why the salt and pepper holder is mixed in with the blooms because I've got no answer for that. 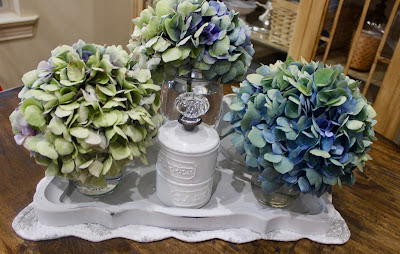 Yesterday, I found a post about drying hydrangeas on Redeem Your Ground and was happy to learn I was headed in the right direction.

RYG suggested putting them way up, out of the way, and leaving them alone while the water evaporates... and, once the hydrangeas are dried out, spray them with hairspray!

Meanwhile, I'll be like a mad scientist trying to pound rusty nails in the coffee-saturated soil and mixing up a concoction of acids and/or alkaline to turn my hydrangea blooms pink or blue.