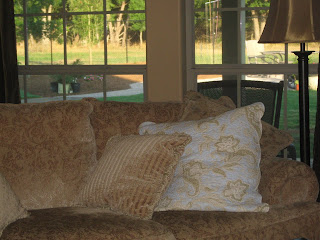 Today Kobie (the master of handymen) is bringing some friends to help us move our heavy stuff. Our house is sold and we're moving on. I was looking at the backyard and thinking how much I will miss the peace and quiet that comes from living near our woods and the lake. Five years here is the longest we've stayed anywhere since we were kids. 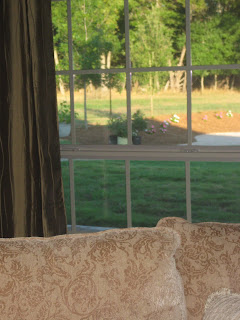 Here's a shot of the rickety wheelbarrow I bought from an old couple recently. I'm sad I won't be here to see it when the flowers start really blooming and the trailing vines cascade over the sides. We decided that we must leave it since it seems sort of attached to the property, unlike the movable patio planters that we have already moved to their new home. The wheelbarrow seems more like a permanent resident even tho it's only been there a few short months. 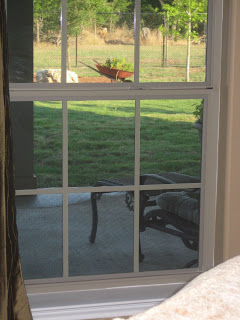 I'm also going to miss the trees and flowers planted here and there around the place, this one especially. When it's in bloom, it's really lovely. 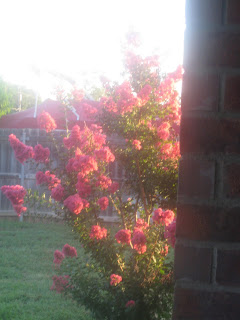 But then again, I look at pictures and start thinking of all the work involved with keeping up an acre of land...To get rid of the weeds in the beds around two sides of the house, I spent 8 hours on my knees putting down fabric mesh and then bark made from old tires.

I really recommend the "faux bark" made from rubber tires for any area where you don't plan to plant flowers. The rubber bark repels insects and retains it's color for years, unlike the mulch we put down around the trees, which has already lost half it's color and brought with it a variety of bugs we had to kill! 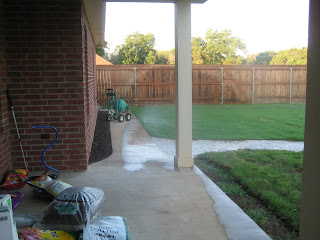 I don't think Gampy is going to miss his Saturday morning rides with his friend John Deere. The weather is over 100 degrees each day now, so it's up early if you have to mow anything. 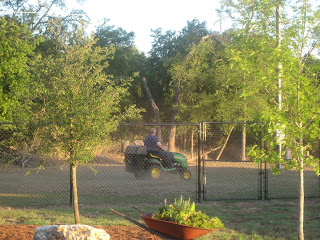 All in all, it's been a good home. The neighbors are friendly and will welcome the new couple who are buying it. Look, one of them stopped by to say so long...see Mr. Red Bird sitting on our fence in the corner of the picture below? 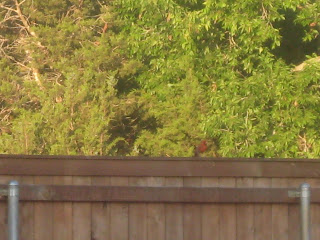 Posted by At Rivercrest Cottage at Saturday, August 07, 2010