Just before Easter, Wild Bill and I were driving in a mall area when I spied a large bull. Whhhaaattt??? Whoa the horses! 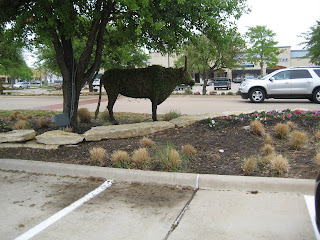 Of course I had to get closer... 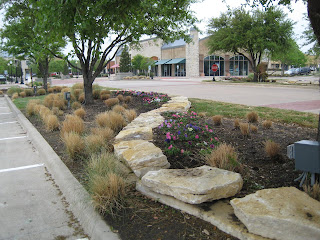 The grounds were done in a very organic way using prairie grasses and natural stone from the area, so of course I had to stop and admire it. But, where was that bull? 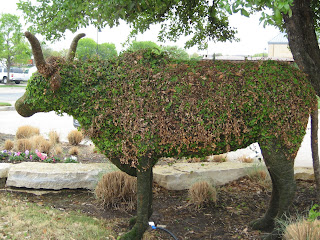 "Oh, well done!' I thought. Since it was just turning to spring weather, the brown vegetation was turning a lovely green. 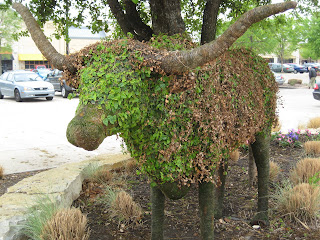 Anyone know what this little creeping plant is called? I'd love to make a topiary of my own out of this stuff. 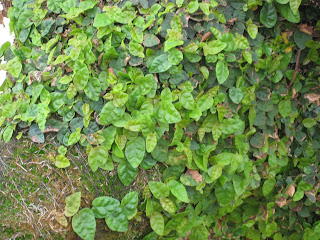 This is a Texas Longhorn. During the early days of Texas, they drove them up through towns in Texas on cattle drives to towns "up north" to provide beef for the nation. Things you hear about in the old western movies, like Chisholm Trail, Goodnight Trail and stockyards, are a local mainstay 'round here. 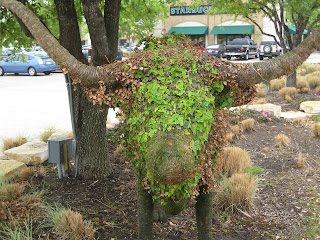 But, even so, I'm not use to running into a longhorn in the local mall...even if he is "green", which is the direction the world is heading these days, now isn't it? 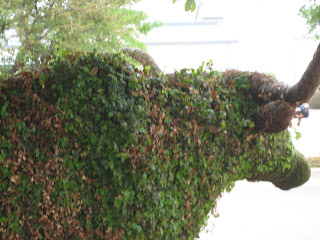 Well, we had to bid Mr. Longhorn goodbye because the "ole bull" I was with wanted to get home and read his newspaper. Guess nothing surprises a Texan. You get the picture? 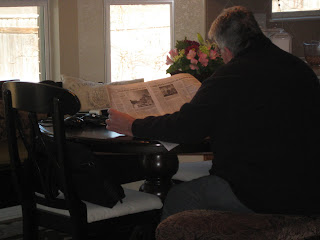