The on-going saga of our middle daughter's closet "mud-room" got another project done while we were visiting last December. 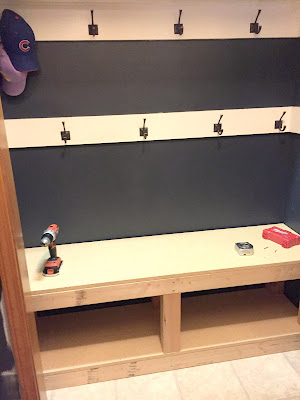 I'm hoping she will be able to provide pictures of it painted someday soon (hint, hint, Jaysa!) but for now, I'm just showing what we were able to complete before we had to leave. 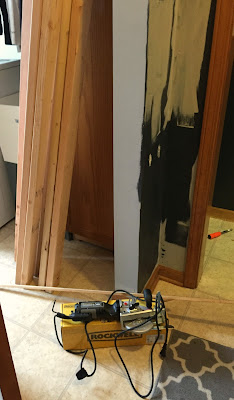 Wild Bill took a little saw with him to cut boards since he doesn't like to depend on Lowe's or Home Depot to cut boards when he needs a perfect cut.

This little Rockwell Compact Circular Saw cut some big, thick boards (as you can see to the left of the pictures above) so he highly recommends it. He bought it for around $85 and, while there are other similar little saws, this is just the one he favors and is not an ad for them. He has big saws and such at home, but we were traveling and this little saw accomplished so much.

There was an unfortunate accident with a drill and a thumb during framing. I tried to find a picture of the framing Wild Bill did for the bottom of the bench, but unfortunately all pictures at this stage had some drips of red that I had to crop out of the picture as best I could... 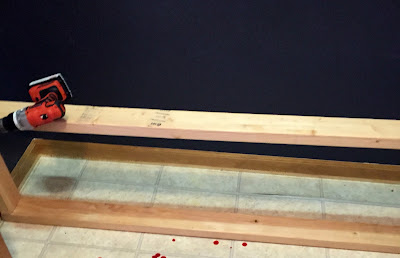 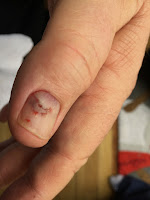 As you can see he created a frame, then added a slab of MDF board to create a surface for storage baskets under the seat. Next he added six 4x4's he cut into posts to support the bench seat and topped that with another slab of MDF.  His measurements started with how high the bench needed to be for seating and how much space the opening needed to be to fit 12 inch baskets under the seat with room to slide in and out easily. 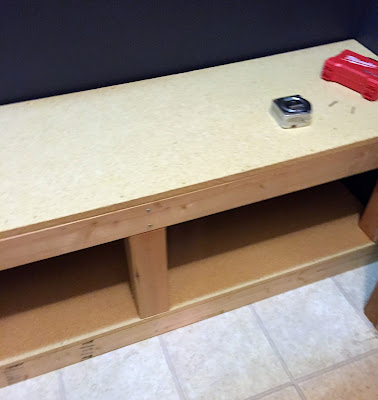 Jaysa plans to add a board that will have cushioning and fabric attached, so the quality of the top board didn't matter. Also, she will be adding trim to the bench before she primes and paints it. The trim will match the trim on the upper shelves. Here's some pictures of that as it was being added previously: 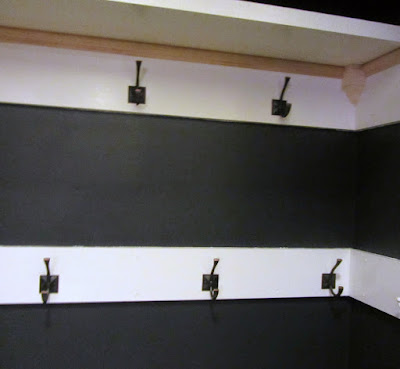 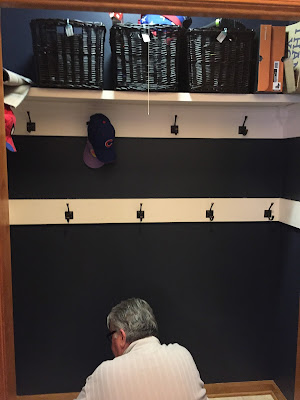 Here's a "before the built-in bench" picture... 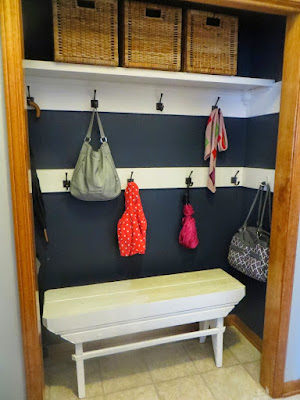 And here's an "after the built-in bench" picture with Jaysa showing how sturdy it is. 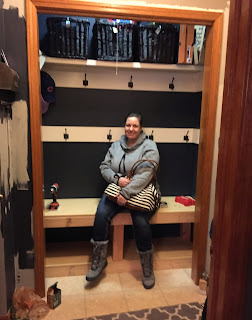 You'll notice all the various shades of paint on the wall outside the closet. Every wall in that little area has about 15 colors on it. We are very indecisive when it comes to choosing our wall paint colors! 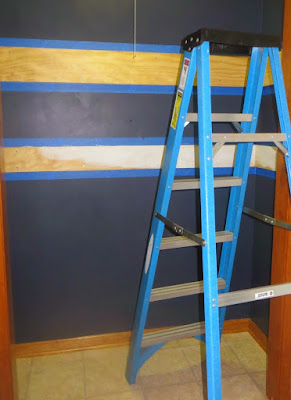 Join The Party:
Elizabeth and Company