How To Win The Contest

I was thinking of a Halloween from 31 years
ago in 1983, when the youngest was 3 and we had just
adopted my best pal, Ginger, from an event called
"Adopt A Pet In The Park"
I learned that year that it isn't always the
costume that wins the contest, it's the attitude.

We were going to a Halloween party and the
littlest wanted to be a bride -- or, more likely,
I just had stuff on hand that I thought I could
use for a bride outfit and talked her into it.

So we dressed her up.
I put her sister's old flower girl dress on her
and made her a veil out of some cheese cloth,
which I held in place in her hair with some little
fake flowers and clips. All three girls picked
some flowers and we tied them together with
some ribbon to make her a bouquet.

The only picture I have of her is after the costume
party we attended, when she was eating her cupcake. 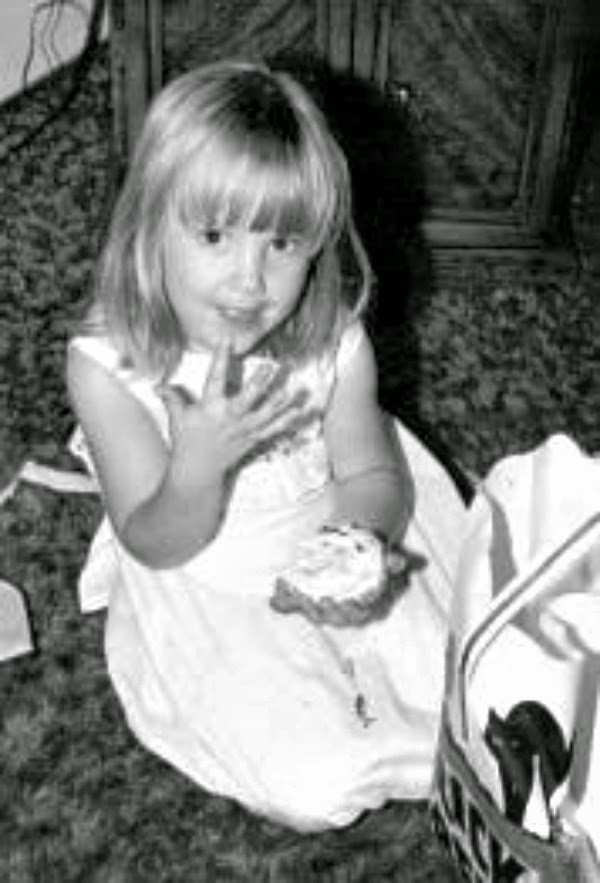 I had taken the veil off and tried it out on
the dog... 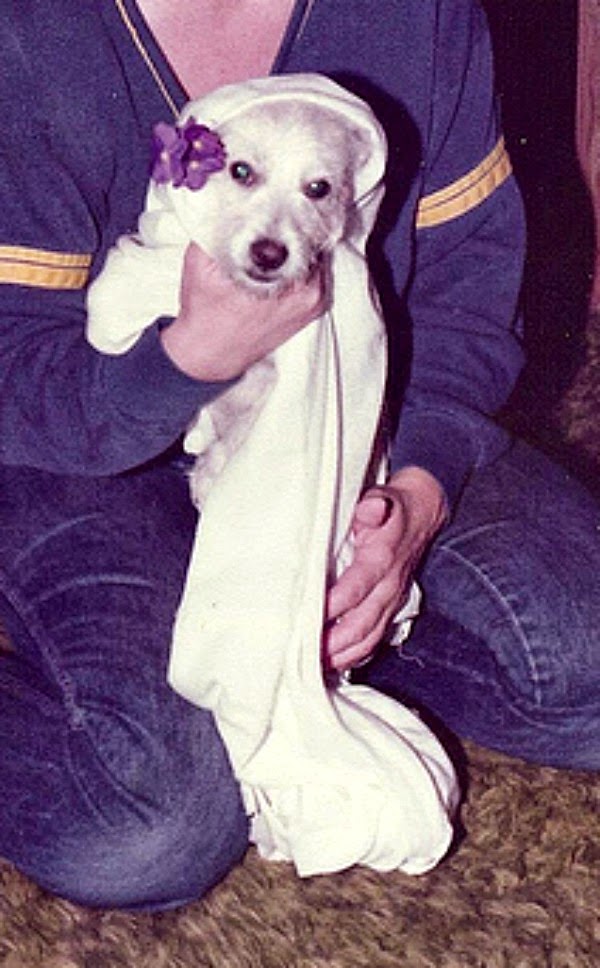 Now she won 1st prize in the costume contest,
but I don't think it was my dazzling outfit that
did the trick.

See, she got a little stage fright at the
last minute and started bawling and didn't
want to be in the contest.

Her father (my ex) told her she had to go on
stage with her sisters and be in the parade or no
candy and treats. So, up on the stage she went
with her bouquet of flowers and round and
round in circles she walked with the other kids,
but she was bawling like crazy and acting
like she was going to her death, which made
her look just like a reluctant bride.
The audience loved it!

Everyone clapped for her, and she finally
started smiling, when they announced
that the contest winner was...
The Bawling Bride
Posted by At Rivercrest Cottage at Monday, October 20, 2014