Joining Bernideen for her Garden Tea Party. Although I don't have a pretty tea set up to share, I do think ladies with teacups might also want to hang them!

Would you believe it took me forever just to hang a few teacups on a board? Yep, afraid so. 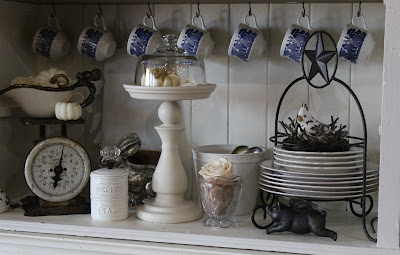 See how evenly spaced my little cups are? Apparently I don't have the gene that allows me to quickly figure out how to measure and screw 7 cup hooks into 36 inches of board.

I'll bet there are some of you who already did the math in your head and are dying to tell me how to do it...My husband is at the head of that line! 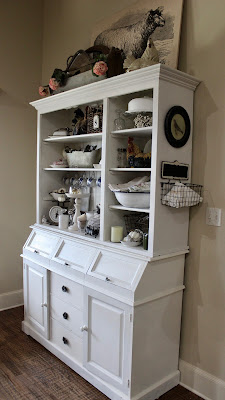 But sometimes a girl just wants to figure it out herself! Even if she has to take a rather complicated route to get there. 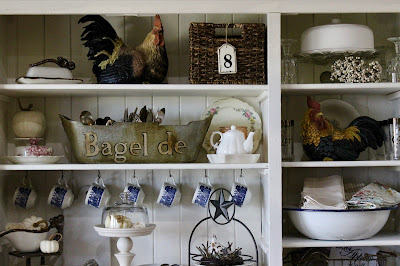 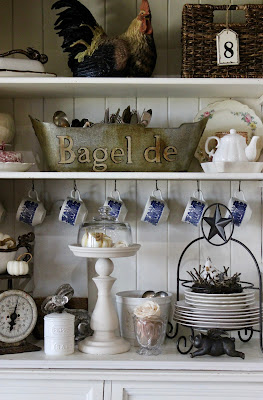 I didn't even say a word to the Clark Kent in the next room. I didn't want him to turn into Superman and solve my delimia for me. I just wanted to figure it out myself. 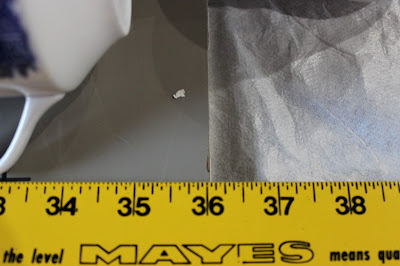 The board was exactly 36 inches. Half of 36 = 18 inches. That should be the middle of the board right? Good So Far.


Now, here's where I think 18 inches on one side...18 inches on the other side. Divide by 3 cups on each side of the center cup.

That puts cup number 1 at 6 inches and cup number 3 at 18 inches. The center cup (cup number 4) is already at the 18 inch spot. Scratch head. Start again! 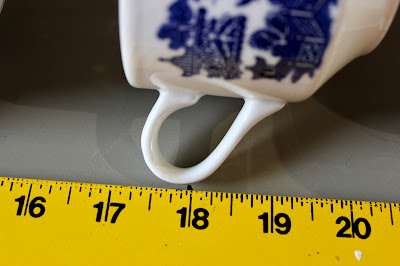 Then I realized I needed the end cups to start a little inside the end of the board. 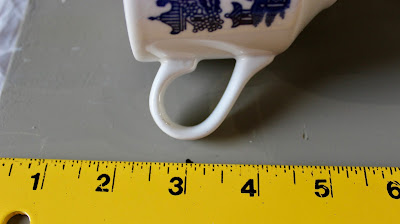 So, there's 15 inches between the first cup and the fourth cup, which is sitting at 18 inches.

Divide the 3 cups into 15 inches = 5 inches between each cup.  Finally I just laid the cups out at 5 inch intervals and eyeballed it!

I was exhausted at this point from the mental exertion of it all. I really think "Girl Math" must be much harder than regular math. 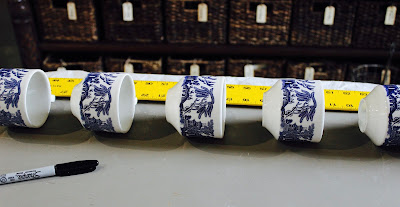 On an accomplishment high, I started screwing the cup hooks into the places I'd marked.

I got three cup hooks screwed in before I had to admit that -- even though I was now a mathematical genius -- I wasn't strong enough to twist all those cup hooks into that hard board. This is where I called Superman. 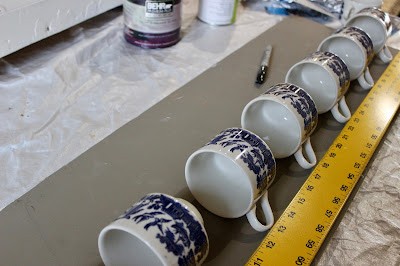 He flew in, gave the situation a steely glance...went to the garage and returned with his drill and drill bit.

Apparently starting the hole with a drill bit makes screwing in cup hooks a whole lot easier, even for Superman. 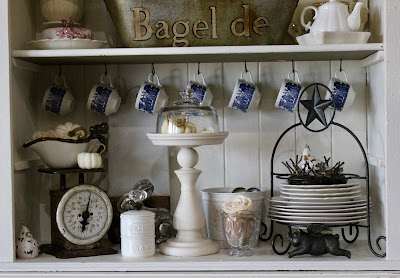 Now, I'm open to learning how I could've figured this out easier and quicker. Anyone have a better way? Leave me a message, I'm all ears. 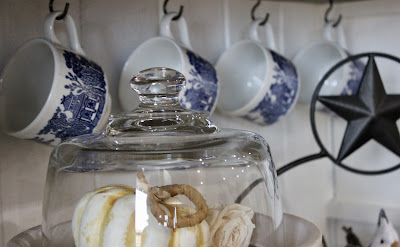 As far as 5-On-Friday, since there's 7 tea cups in this post, I'll bet you're thinking, "There she goes with that funny math again!"

Email ThisBlogThis!Share to TwitterShare to FacebookShare to Pinterest
Labels: At Rivercrest Cottage, Five-On-Friday, Fixin' To-Do List, The things we carry, Use It Up-Wear It Out-Make It Do-Or Do Without, Willy Nilly Friday