Our garage is finally getting back to normal with more boxes of things going out the door than being stored!

The two youngest daughters convinced me it is time to "Marie Kondo" the things my mother-in-law collected or saved, and then left behind. 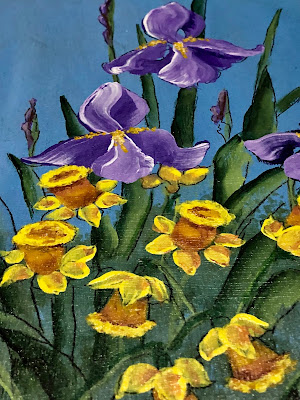 This Hand-Painted Box Brings Me Joy!

In her book, The Life-Changing Magic of Tidying Up, Marie Kondo tells you to touch each piece and ask yourself if it brings you joy?

That's a hard one to start doing, but it gets easier the more things you touch and pass on.

At first I wanted to keep everything of sentiment or value, but our life is in fluctuation right now...this is NOT the time to store a bunch of things!

My mother-in-law's next younger sister has always shared mom's interest in collectibles and hobbies. I breathed a sigh of relief when she happily accepted the many boxes of dolls and doll parts!

If I had kept these things, it would only be to sell them on-line or in a booth. If I passed them to this favorite aunt, I knew she would love them or find a good home for them.

Whatever she does with them it's now up to her...Kind of a "Tag You're It!" action.

The night I called the aunt, she had just finished putting an old doll together so I knew she was the right person for mom's favorite vintage dolls and doll parts.

Here are a few things I kept as they really do bring me joy. They are all old and had been stored away inside this hand-painted old wooden box: 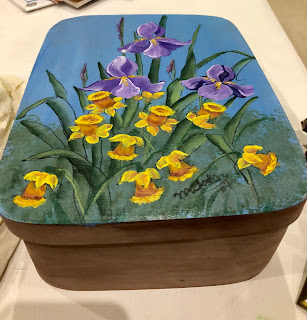 1. This little wooden case holds thimbles. Mom gave me some vintage thimbles years ago, which I plan to add to the old thimbles she had stored in this box. 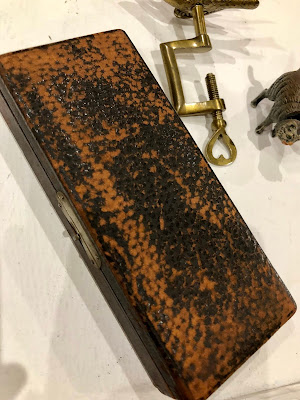 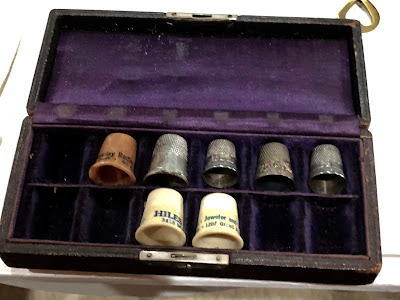 2. This very odd clamp was also in the box. I knew it must be something involved with sewing, but was perplexed with it until September's Country Living Magazine arrived. 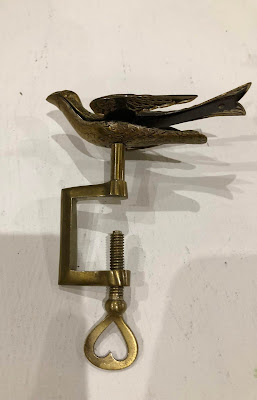 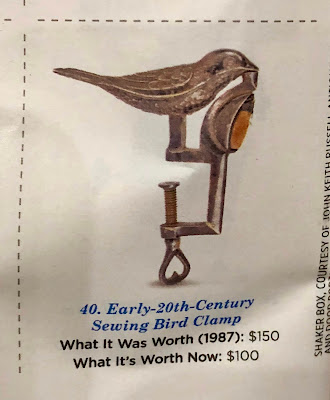 Country Living's "What's It Worth" Section had similar

According to the magazine's article, this is probably an Early-20th-Century Sewing Bird Clamp! Mom's bird clamp has what is probably a pin-cushion on the back of the bird. 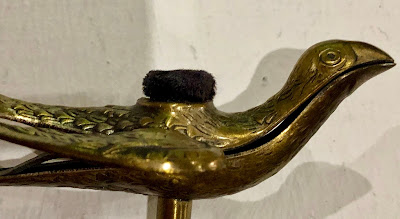 Appears To Be A Pin-Cushion On The Bird's Back

3. A cute metal cat with a pin-cushion-bucket attached to the cat's side. 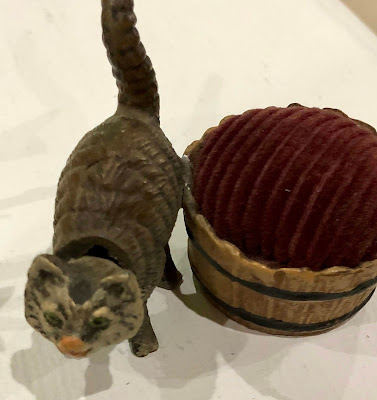 Another Pin-Cushion Of Sorts

The cat's head bobs up and down, and it feels like it might come out, but I don't want to ruin it if it doesn't. 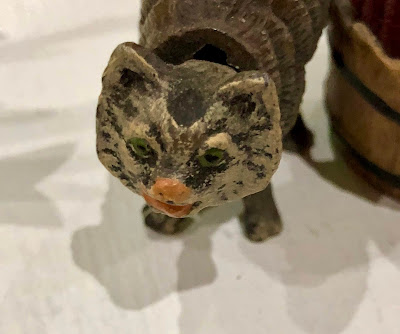 4. An old case with lining, with a logo from a jewelry store in Birmingham. At first we thought Birmingham, Alabama, but the spelling of "Jewellers" and "Crooke" and the address on "High Street" makes us think it might be from England. 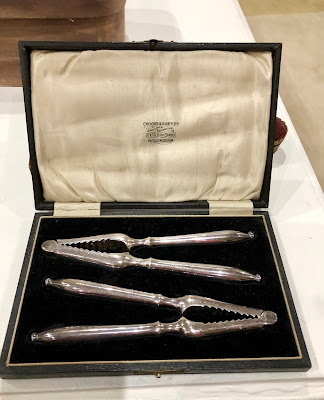 What Are These Used For? 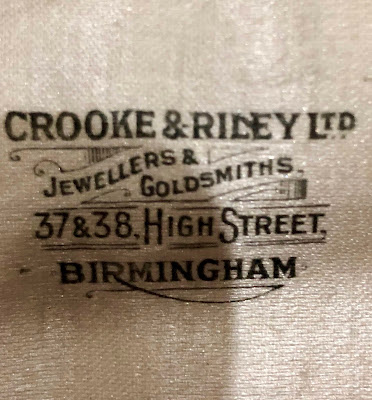 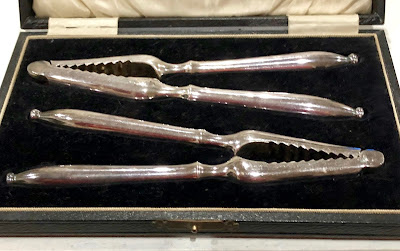 We plan to do some research, especially to determine what were these used for...cracking nuts...crab cracking...hair crimpers maybe?

Since they were with other sewing things, are they used for something in that field? Anyone have an idea for us?


Posted by At Rivercrest Cottage at Tuesday, August 21, 2018

Email ThisBlogThis!Share to TwitterShare to FacebookShare to Pinterest
Labels: At Rivercrest Cottage, Marie Kondo's book: The Life Changing Magic Of Tidying Up, Miles of Style, Not all those that wander are lost, The things we carry