The builder's wife is a designer, and she used a variety of knobs and "aging" to make our kitchen appear to have evolved over time.

We're planning to sell the house soon. If we were staying, I would have the cabinets re-painted (probably black) to do away with the aging.

But I'll leave painting up to the next owners because I've learned from experience that changing one thing can lead to a whole bunch of other changes being needed! 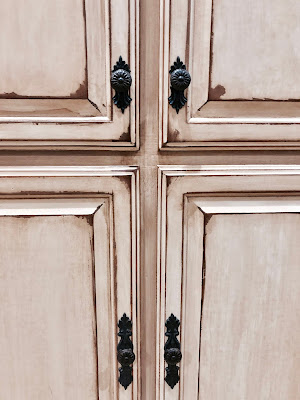 A while back I found some metal knobs that sort of matched our metal ones on the pantry shelve doors above.

The knobs were on clearance at Target in the Fixer Upper folk's section called Hearth and Hand.

The original price of each knob was $3.99, but they were on clearance for around a dollar apiece. I bought all they had and put them away for a future project! 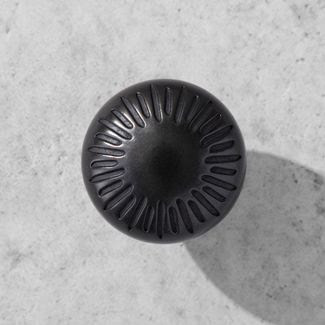 Half of the upper and lower cabinets in the kitchen had glass knobs. 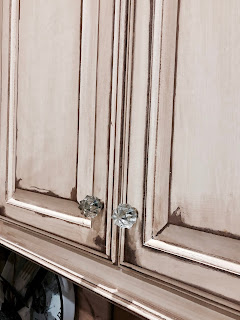 The glass broke on 3 of these knobs

The glass knobs on one top cabinet and two bottom cabinets broke off. I ignored them as long as I could even after I found metal ones to replace some of them. 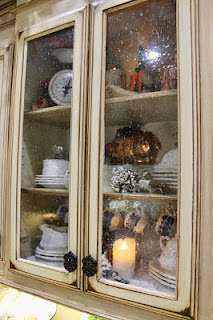 I vacillated because I thought I would need to hire someone to replace the knobs. Wild Bill has chemo-related neuropathy in his hands, which makes even buttoning a shirt hard to do.

I figured the knobs I had stored away would work, but thought special tools would be needed...ones I didn't have.

The other day I started thinking, "How hard can it be?" 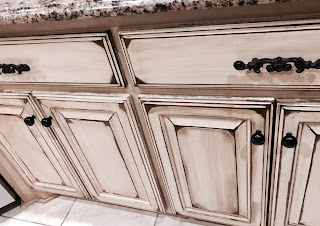 These bottom cabinets were glass knobs

Turns out, not hard at all! All I needed was my little needle nose pliers to loosen the backs that were on too tight! I was even able to screw the new knobs on with just my fingers.

All six bottom-cabinet-glass-knobs were replaced with metal ones. That way I was able to use one of the good glass knobs from the bottom cabinets to replace this upper glass one that was broken. 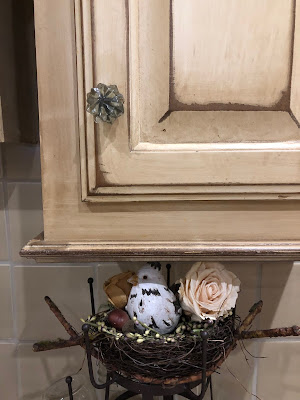 I've been finding that some things are a lot easier than you think they will be, it just takes getting started.


Posted by At Rivercrest Cottage at Sunday, February 17, 2019

Email ThisBlogThis!Share to TwitterShare to FacebookShare to Pinterest
Labels: At Rivercrest Cottage, Fixin' To-Do List, Use It Up-Wear It Out-Make It Do-Or Do Without