A week ago Saturday, Stan-The-Trim-Man came and framed a few windows for us. Now we need to get them painted.

For 6 years now, I've wanted to frame our Plain Jane windows to match this trim on our front door. 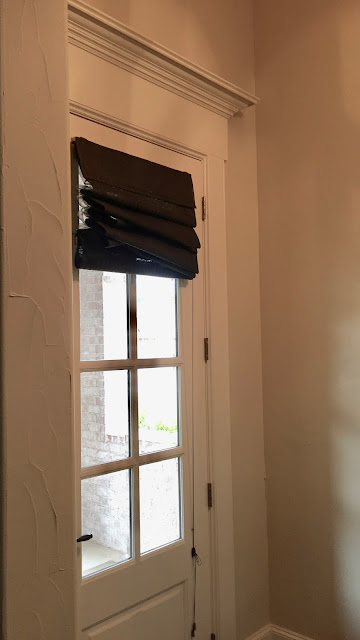 The door will get a new coat of paint too once we decide on a new (whiter) paint color for the trim.

Here's one of the windows that has been bare for so long... 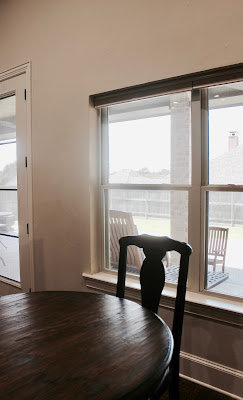 Before Stan-The-Trim-Man arrived, we moved all the furniture away from the windows to give him plenty of room to work.

I inadvertently got a snap of a flag while trying to get a full-on picture of the window. I think this is the only "patriotic decor" picture I took of this year's Independence Day decorations! 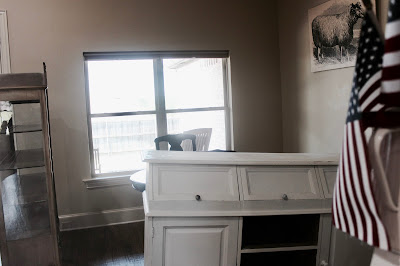 This window has always seemed odd to me. It's a normal height window but, as you can see, it looks short and squat due to being right next to the 8 foot French doors. 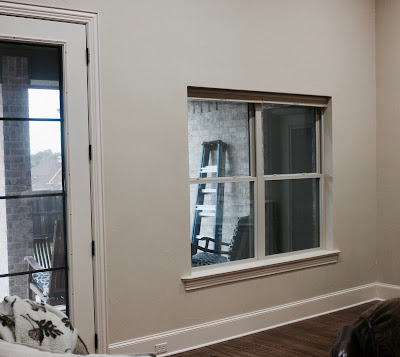 The other window Stan trimmed last week is on the opposite side of the house in the dining room. 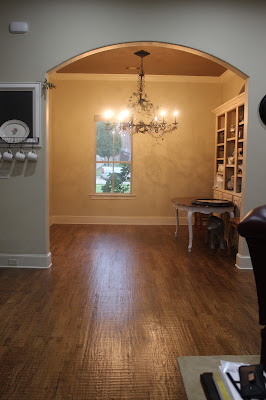 Here's that dining room window close-up. There is an apron on the bottom of all windows in the house, but the rest of the window is plain. 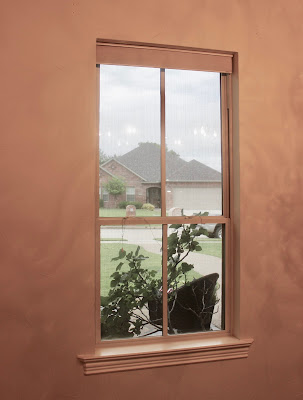 Here in Texas, Plantation Shutters are popular and the builder had planned to add them throughout the house.

We prefer Levelor insulated shades and regular framing on our windows, so we passed on the Plantation Shutters when we bought the house.

Instead we added insulated shades to all our windows when we moved in and wrote down "window framing" on our wish list. Well...after 6 long years and many other projects, we were finally able to get that started!

Both windows were framed the same way. To start, a "1 by 4" was installed on each side of the window and trim was added to the outer edge of each board... 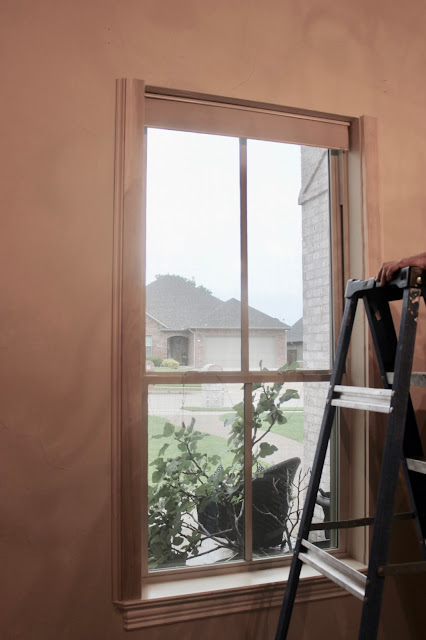 Next, each window got a flat board across the top, which was cut a little bit wider than the trim on each side.

On the taller/narrower window (in the picture above) the top board was done with a "1 by 6" board.

The top board on the shorter/wider window (in the picture below) was done with a "1 by 8" board. Why? Because we were trying to make this window look much higher than it was. 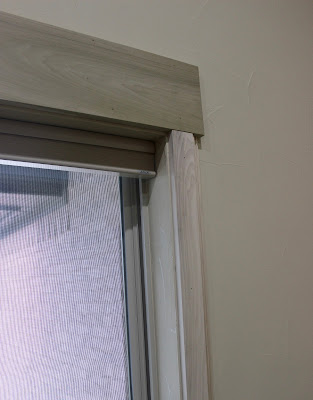 Both top boards were cut about 1 inch longer than the measurement of the width of the window and framing. 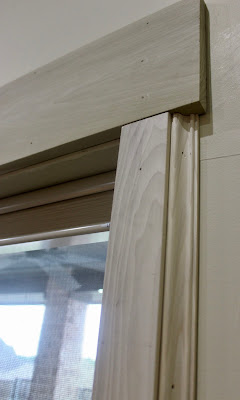 Remember...we were trying to match the front door frame (see first picture for reference) and the board across the top sticks out a little past the side board and trim. By cutting the top board an extra inch longer, it allowed the top board to stick out by about a half inch on each side of the windows. 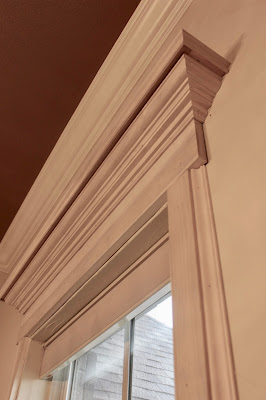 The final step was to add a piece of flat, one-inch molding around the outside of the plywood board as Stan is doing below. 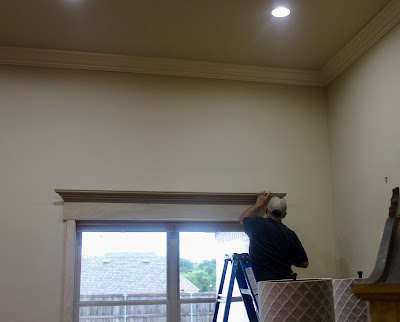 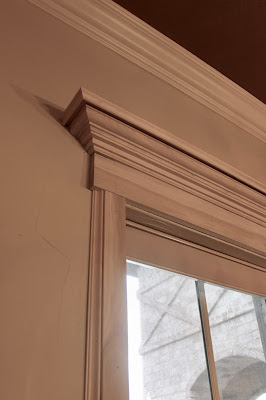 We used "Paint Grade" poplar for everything except the veneer core plywood board on the very top that forms the shelf.

Because the 1-inch molding was added to the outside of the plywood, on the three outer sides, the plywood doesn't show at all. 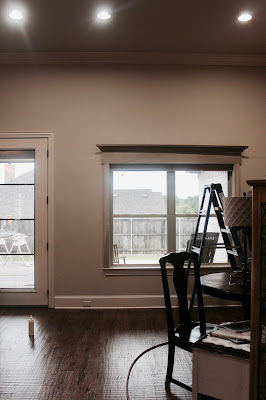 Please forgive my crazy pictures. It was a raining overcast day and hard to take pictures without brightening them up, which plays heck with the colors. I hope to get better ones when the shelves and window are painted and ready for their formal debut.

I'm joining the party over at:
Dwellings for  Amaze Me Monday
Rustic & Refined  Dishing And Digging It
Mrs Olson's  Share Your Cup
The Charm of Home's  Home Sweet Home party.