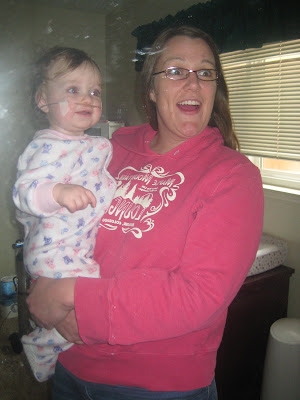 Instead, as our lack of luck would have it back then, the gas company lost the "piggy back" order that was attached to the turn off order for the old occupants, so the gas company just shut off the gas. That gas was heating the house and heating the hot water. We didn't notice the lack of gas until we woke up the next morning and the house was freezing and there was not a drop of hot water. 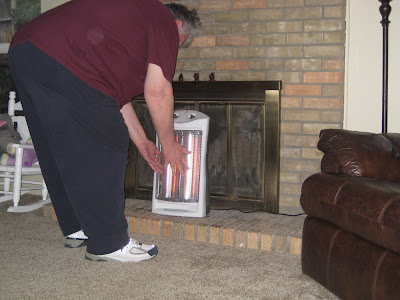 Jaimee put Lily in bed with me and I tried my best to warm her up through body warmth and a big old down comforter. Meanwhile, Jaimee and Bill were making plans to start a fire with the firewood in the yard left by the previous occupants. Jaimee popped into the bedroom where Lily and I were huddled in bed with her oxygen tank. Jaimee let me know Bill would have a fire roaring soon to heat up the front room.... WHAT????? I made a mad dash down the hall with Lily, pulling the oxygen tank behind us.


"Are you guys crazy? You can't start a fire inside with this baby on an oxygen tank!"

My father spent his last 6 months of life on oxygen, and if I remembered anything, it was the big sign outside his front door stating no smoking due to oxygen inside...now these nut cakes were going to get a blazing fire going in the fireplace. 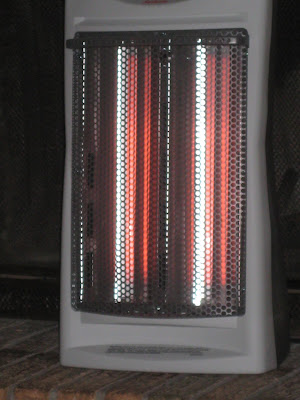 So, Gampy hightailed it down to Walmart and bought Jaimee and Lily this little electric heater (thank God the electric and gas companies were two separate entities or we would've been out of luck!) 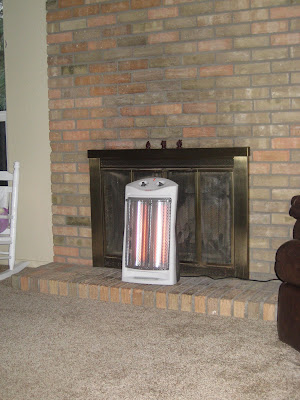 She may not look so hot now, but this little heater was very appreciated at the time. Once we started thawing out, Jaimee decided to see if she could roast a marsh mellow in the "fireplace" and we had a good time joking about how classy we must look. 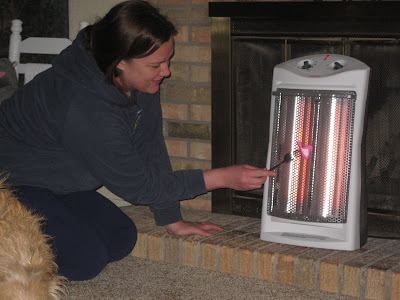 Mr. Wrigs decided to cozy up to Jaimee when he realized she had food. Before that he was afraid (as usual), but when food came in the picture he "thawed" a little towards the contraption. 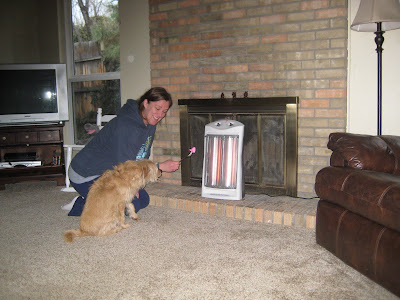 Still, a guy can't get too close to something glowing red hot, so if Jaimee wasn't actively cooking, Wrigley kept his distance. 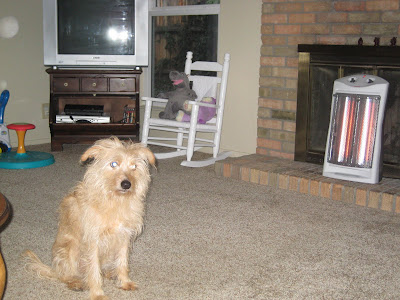 I'd like to think it was all fun and games, but more than a few frustrating tears were shed trying to convince the gas company that a baby just home from the hospital on an oxygen tank constituted an emergency on their part...after all, it was their screw-up...but they didn't see it that way. The best they could do was the next day by 5 pm, so Jaimee's friend Emily volunteered her oscillating heater for a few days so the baby could have warmth in her room to nap and sleep. The rest of us covered up with lots of blankies. 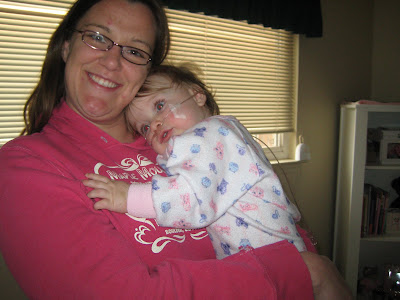 Posted by At Rivercrest Cottage at Thursday, May 06, 2010