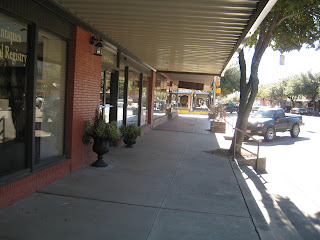 We have taken so many drives up I-35 through FT Worth to get to Sherman that we have become bored with the drive. So now we have taken to driving any other route we can find. The last time we went up North, we went East to Corsicana first, then headed North.

We got to Coriscana around 9:30 and stopped downtown for breakfast. We found this place called "Roy's Cafe". 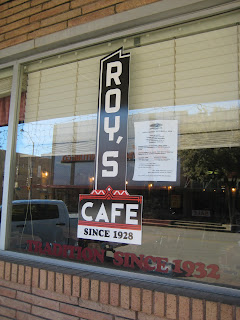 The food wasn't great, but they had a good story on the menu. I almost like a good story better than good food...almost.
So the story about Roy's is that it was built in 1928, but it wasn't named Roy's until 1932 when a guy named Roy bought it. Roy had it for a while, then sold it. His only requirement for the sell was that the name of the cafe be changed. He didn't want his name to be used. But, Texans being Texans, the new owners never got around to changing the name. So Roy's is still Roy's, even after it has been bought and sold several times over. 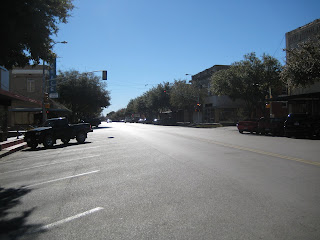 Coriscana has a pretty downtown and most of the old buildings are still there. We walked across the street to where the car was parked, and there was an interesting shop right in front of me. 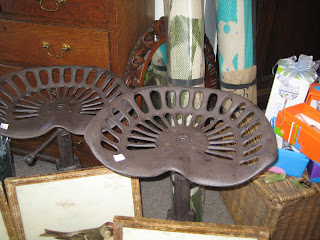 Come on. How often do you get a chance to sit on a tractor seat bar stool? And they had some really cute bird pictures just below the stools. 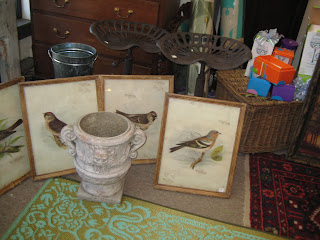 My favorite was this picture of a gathering of deer. I like the rustic look and would love to have it for the new house. It looks old, but is a reproduction so it was pretty cheap. 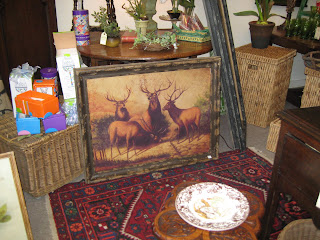 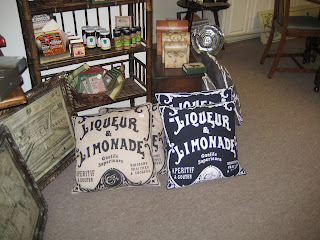 For those that like old signs, this one came from England as did a lot of the old stuff in the shop. It was two or three hundred dollars, but this sign would be easy to make I think. Even I would tackle it. I can hear Wild Bill now when he reads this. He's always amazed at what they charge for stuff with "peeling paint", which he hates. 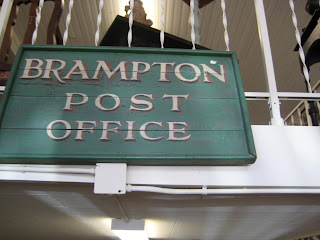 Anyway, if you're out on I-45 between Houston and Dallas, stop by Corsicana for a leisurely stroll. The tree shaded downtown is pretty to see and the shops have lots of neat stuff. I wouldn't recommend the food at Roy's, but the menu is fun to read. Have a piece of pie, but eat your meal somewhere else. And watch out for the original Roy as I hear he's still pissed about them using his name.
Posted by At Rivercrest Cottage at Wednesday, February 09, 2011