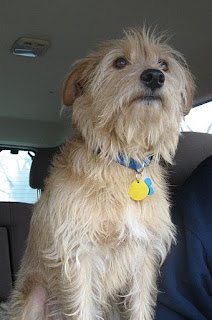 When Jaimee and the dogs came to stay with us in 2008, Wrigley was still a very skitish gentlemen. He was a rescue dog and had been terribly mistreated. He usually kept his distance from Wild Bill and I, except when it came to driving. You see, Wrigs loves to drive and would slowly creep his way up to the front seat inch by inch. 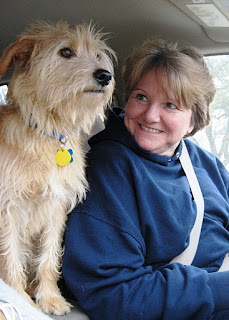 He would end up on the center counsel between Jaimee and I until his mama would repremand him. But soon, he would again put his front paws on the counsel, then his chest would come forward, and soon his butt would be seated as far forward as he could get. If I called him on it, he would freeze and stare forward. No amount of anger on his mother's part would keep him from his inching forward. Somehow his thinking was, if he didn't look me in the eyes, I wouldn't know he was there! 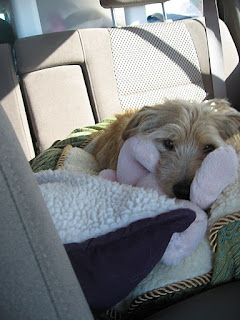 When Jaimee would finally convince him to get back where he belonged, he would lie there sad and forlorn. We knew he was dreaming of a time when he could show off his driving prowess. 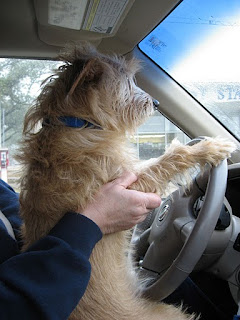 In his dreams, he would wrap his long skinny arms around the wheel and stare intently into the coming traffic. 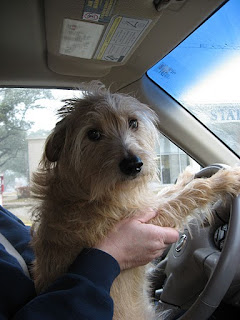 In his dreams, he would ensure his mother had her seatbelt on while Gamy helped him steady the wheel. 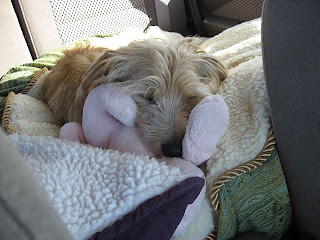 If only dreams could come true!
Posted by At Rivercrest Cottage at Tuesday, February 22, 2011