We have so many birthdays in March it's ridiculous! Out of 17 immediate family members, 8 of us were born in March. 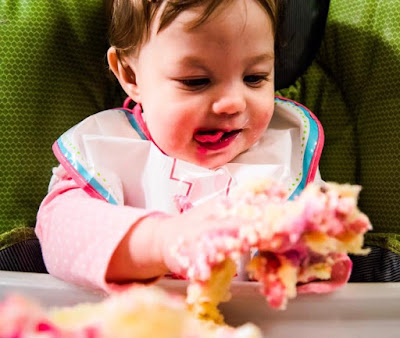 My Mother-In-Law, oldest Son-In-Law, and I were even born on the same day in March. Three generations on one day!

His parents were even married on the 1st of March, so today they celebrate their 71st wedding anniversary! 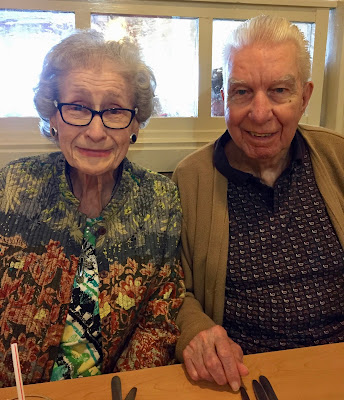 Mom and Pop - 71 Years Together As Of March 1st

Our Youngest Daughter's March birthday is always the first day of spring and our oldest granddaughter Phoenix was born on her birthday in 2002, though she only got to stay with her parents for a brief moment that special day before she flew to Heaven.

Youngest Daughter's husband has a March birthday too about a week after hers. Handy because you can just celebrate them together... until you have kids that is!

When the kids get old enough to notice, they always want Mom and Dad to have separate cupcake celebrations. I think I know why.

That's Youngest Daughter below on her first birthday. Middle Daughter is the one on the right crying with Oldest Daughter cuddling them both. 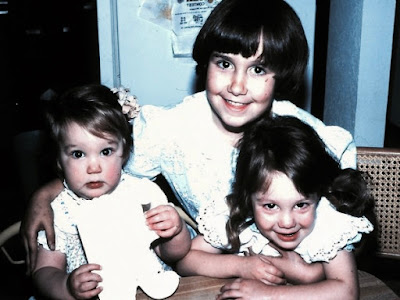 Middle Daughter was the sweetest little girl who shared everything she had with her little sister, so she just couldn't understand why she didn't get a present too on that March day.

Every birthday after that picture was taken, we always bought one present for her too on her little sister's birthday. Sometimes you just have to consider a child's personality in the decision making.

Treating everyone equal doesn't necessarily make it fair when you have a child who shares with others from the bottom of her heart. I always wonder if other mothers had that problem too and had another way of handling it?

This year will be a special birthday for our oldest grandson Jack, who turns 21 this year!

Here's Jack and I way back when... 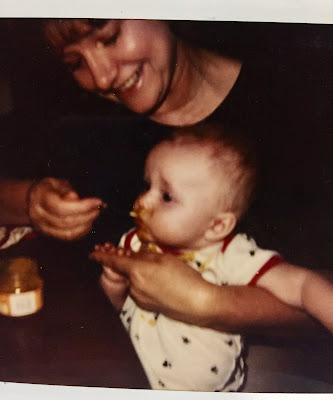 Oldest Daughter was over 23 when she had Jack, just a few months younger than I was when I had her. It shouldn't have, but it really hit me hard to think of my little baby as a mother.

The night she told us her happy news, I even wrote a poem titled: Do I Look Like A Grandma To You?  Of course the answer was a resounding "YES!" but I just wasn't ready to face it yet.

Jack was the only grandchild on both sides of his parent's families for 10 years until his brother was born. Some "only" children might have turned out different, but Jack has always been retrospective and mature. 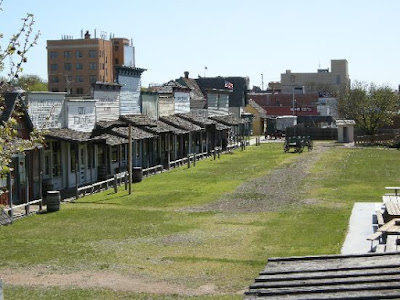 Jack, his mom, and I took a long road trip from New Mexico to Illinois and back the summer when Jack was 5 years old. Jack was fantastic on the trip and seldom complained along the way.

We stopped at every crazy roadside attraction we passed...the deepest well, the Jesse James Gang hideout, Dorothy's House and Land of Oz in Liberal Kansas, Frontier Town in Dodge City Kansas...and through it all he was a trooper.

Here's a picture of Jack from an 'old timey' photo the three of us took in Dodge City. 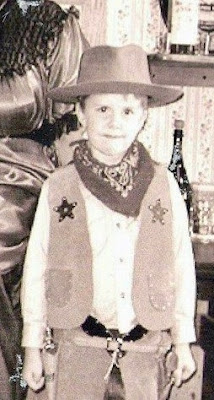 I think Jack looks like he could have actually been alive during that time in the Old West...his mom and I not so much!

One thing I will say is that you should always take one of those crazy photos whenever you get a chance. They are so much fun to look back on and laugh over.

The last family member born in March is our youngest granddaughter, Livvie Lou. She's a sweet girl like her mama, but enough of a Tom Boy that she can hold her own in any situation.

Here's Liv (in the middle) with her two best friends, Miley and Riley. I love to hear her talk about them because she stumbles over R's and L's, which means "Mywee" and "Wywee" is the way she pronounces their names. I'm going to be sad when she outgrows that! 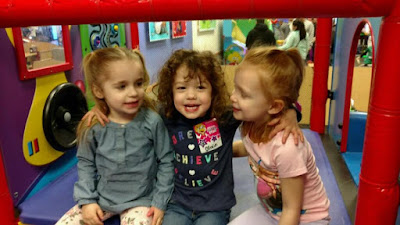 Liv always gets referred to by everyone she meets by three words: "Oh...That Hair!"

Even when she was a baby, but back then it was because it was so straight, not because it's so curly like now. 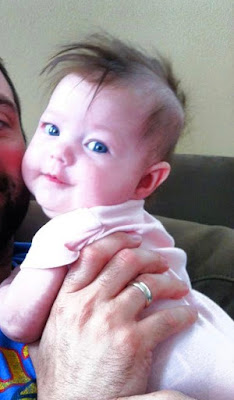 Happy March and Happy Birthday to anyone who shares our birthday month. It's gonna be a great year for us. How about you?


Posted by At Rivercrest Cottage at Thursday, March 01, 2018