The Garden: What Came Back This Year

Outside in the front, the pots are starting to come to life. Several plants from last year even sprouted up on their own... 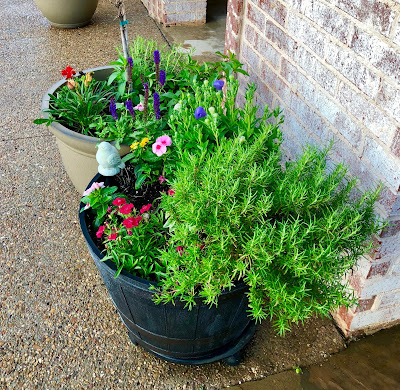 Bless my little brown thumb...I'm as shocked as you are!

For instance, this Hydrangea died out early last summer, but look...here it is again. 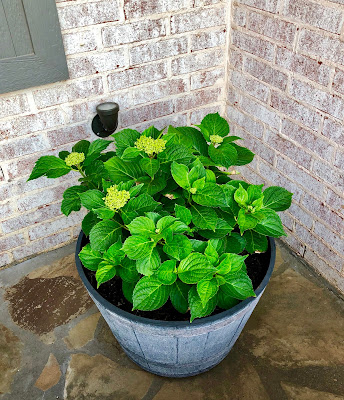 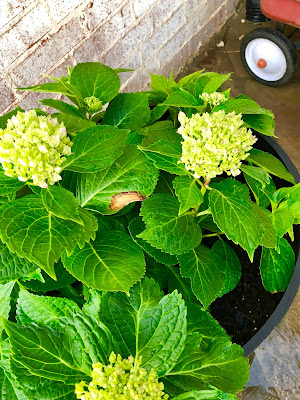 I was just a few days away from buying a new Hydrangea plant when I realized this one was coming back on its own.

I'll bet this happens to you all the time, but it's a first for me. 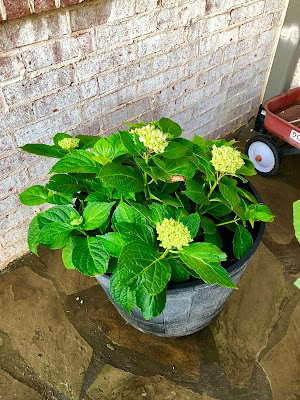 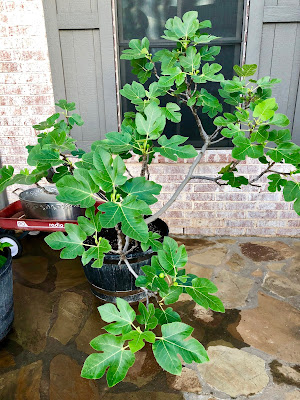 It's a 3rd-generation-cutting tree (cutting from his grandparent's tree became his mother's tree, and a cutting from mom's tree became ours) that wilts and dies down some in late fall each year, but as soon as it gets some sun the leaves start popping out again. It's a hardy one! 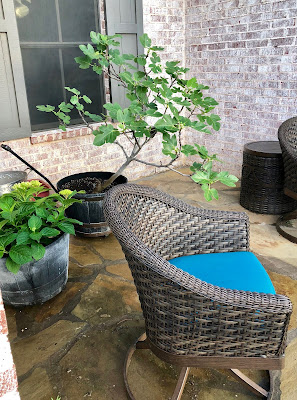 It's long past time to put the little fig tree in the ground, but we're trying to keep it in a pot so it's movable.  That way, if we sell the house this year we can still take it with us.

Rosemary, Mint, and Boxwood are three more plants that came back this year along with a few more that I have no idea what they are! 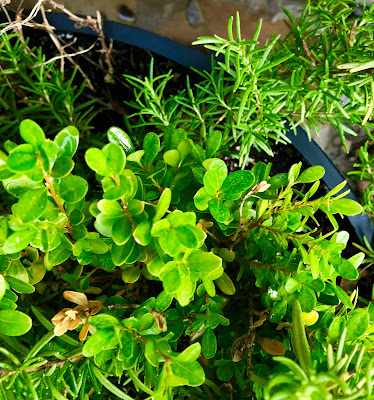 Boxwood And Rosemary From Last Year 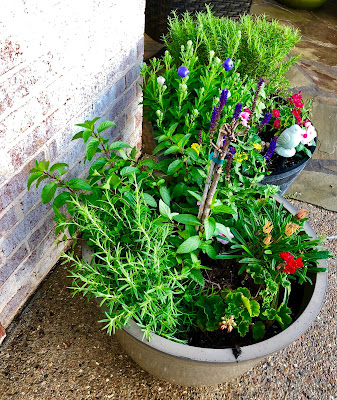 I read last year that Mint is one plant that can get away from you if you're not careful where you plant it. Lesson learned!

This is one of the Mint plants after I pulled half of it out... 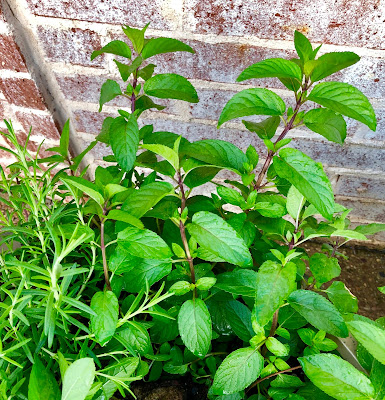 Why plant Mint? I read that Mint will keep vermin away so I had to try it. Don't know if that's true, but it sure smells good as does the Rosemary.

There's even a few Ruellia plants that popped up by themselves in the rock bed... 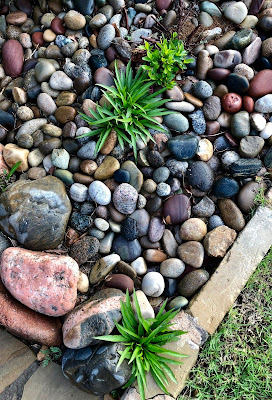 Here's what Ruellia looks like once the flowers bloom. 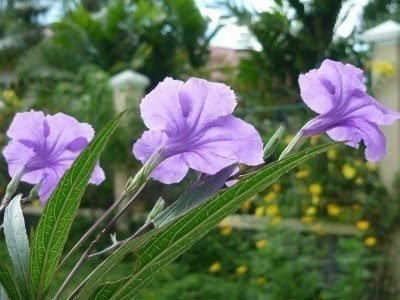 Ruellia's nickname is Mexican Petunia, and this plant loves the heat and takes very little water to grow. It also spreads like crazy and will come back each year, filling in your empty spaces by spreading itself as far as you'll let it go.

I bought several new plants in pairs to plant in the pots on either side of the entryway. 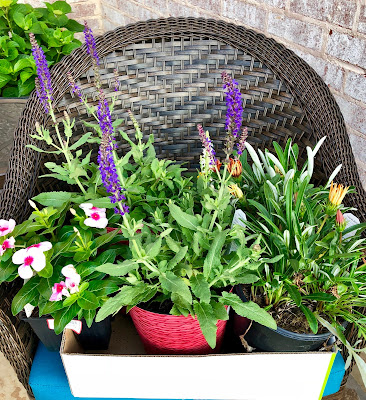 Doesn't it always seem like you bought a lot of plants until you plant them? I'll have to make another trip to the nursery soon to buy a few more to fill up the empty spaces in the pots. 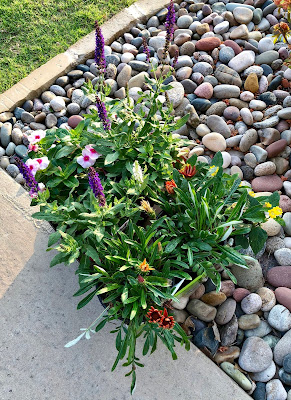 I'm thankful today for all the rain we've been having and all the plants that came back this year without any effort, especially that Hydrangea.

How about you? Do you have any tips on what you plant that returns to your garden each year?