Middle daughter's husband Mike is already making "test turkeys" this weekend in preparation for Thanksgiving. He's planning to make two turkeys and has a new recipe to try. 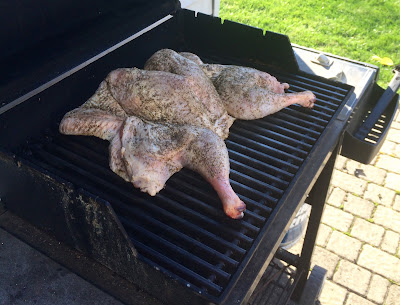 If you remember, he's the one who cooks in that family. Middle daughter's "recipe binder" has only take out menus inside. I kid you not!

Later today, I got a text asking for the recipe I used in November 2014 to rescue some slightly overcooked turkey that Mike wanted to throw out. It was a pot pie recipe from Stonegable's blog. When writing about it, Stonegable said it is the best pot pie recipe and it truly is. 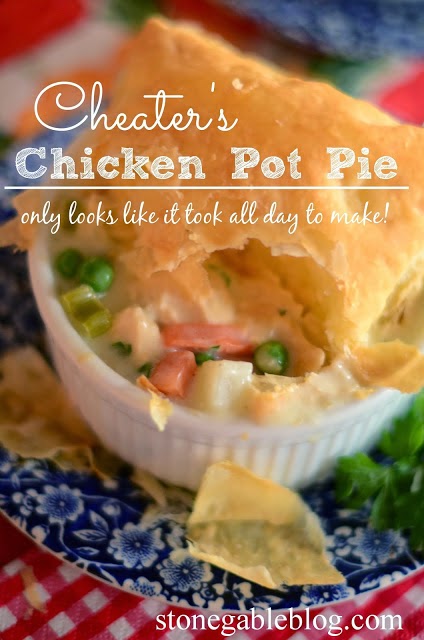 I found the link to a post I did back in 2015 when I changed the recipe just a little. I thought maybe you might like Stonegable's recipe too. Here's the link.

Isn't it scary how fast November is going? Seems just yesterday it was the 1st, tomorrow is the 7th.

Posted by At Rivercrest Cottage at Sunday, November 06, 2016

Email ThisBlogThis!Share to TwitterShare to FacebookShare to Pinterest
Labels: At Rivercrest Cottage, family ties, Mixing it up in the kitchen, Use It Up-Wear It Out-Make It Do-Or Do Without