Spin, Spin, Spin...Slots And Other Tales Of Woe 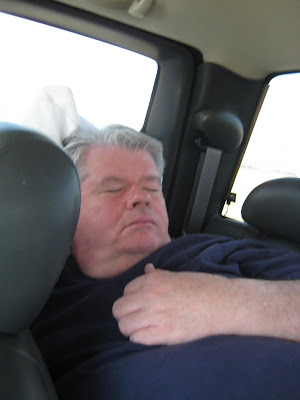 Excuse us if we seem a little tired and worn out these days. We've been making trips up to Sherman (4-hour drives each way) every other weekend or so for some time now. Last weekend Bill took Thursday and Friday off and we drove up Thursday then drove back Saturday afternoon so we could get some work done around the house on Sunday.

While in Sherman, Friday night we took an opportunity to drive 20 minutes just over the state border into Oklahoma and gambled at the new Choctaw casino. We first rounded up a cast of characters and headed out , Pop being the first in line. I don't think he even knew where we were headed, just going somewhere makes him happy. Darla and Harold, Bill and I were the rest of the pack. 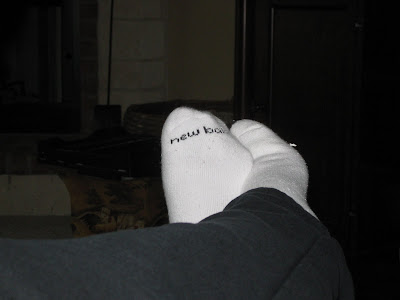 Jessie chose to stay home, but before we left she handed me a $20 bill and said to play for her. She admitted later that she truly thought she'd kissed that $20 goodbye! When we got to the casino, Darla and I tried to determine when to bet Jessie's money...but we got distracted by the lights and machines and wandered off from each other. I put Jessie's money in a different pocket, determined to deal with it later.

Well, after 2 hours and quite a few $20's later, Darla and I met up with the guys and discussed supper. It was 11 pm, but we'd all skipped food in anticipation of our dreams of big winnings, now our stomachs were starting to grumble. "Wait" I said, "I have Jessie's $20 still...how do we bet it?" Well, Darla had a $10 new member's voucher she put in, and I had about $8 in "cash out" coupons I got when I cashed out of some machines. So we put it all together and sat down at a Wheel-Of-Fortune slot machine and vowed to win big or go broke trying.

Even though it was only a 5-cent machine, there were so many lines that the maximum bet came out to $1.50 for each spin of the lever. As we spun, we got more and more into it. I remember at some point Darla kissing the machine before we could spin, and both of us yelling "Spin...Spin...Spin" as the spin buttons popped up on the machine. If you got 3 spins in a row, you got to go to the "Wheel...Of...Fortune"...YAY! We made it there about 5 times, trying to get the big 1000x the payout. It was VERY exciting times. We only made it to 50x, then 125x, then 50x again...well, you get the picture. We developed a big crowd around us, including Pop, Harold, and Bill. We all 5 took turns hitting the spin button, the MAX bet button, and we all yelled at the same time "Spin...Spin...Spin" to get the gods to let us go on to the Wheel. It seemed like a lot of money was coming our way, but then Harold pointed out that even 125x on a 5-cent machine wasn't really big money! Betting 3 nichols per line made it 15 cents times 50x...well, you do the math.

The guys wanted to eat and were rapidly losing interest. We had about $135 in the balance sheet, so Harold suggested we quit while we were ahead. "Just let us hit the big one" we whined. Hmmm, like that's going to happen...so we agreed to stop when we got down to $100. At $102, we kept our word (well, maybe it was more like we were forced to) and cashed out. Darla and I split $51 and when we got home, Jessie could hardly believe it when I handed over $51 to her.
Posted by At Rivercrest Cottage at Monday, April 26, 2010

Email ThisBlogThis!Share to TwitterShare to FacebookShare to Pinterest
Labels: Out and about in Texas, The mind wanders