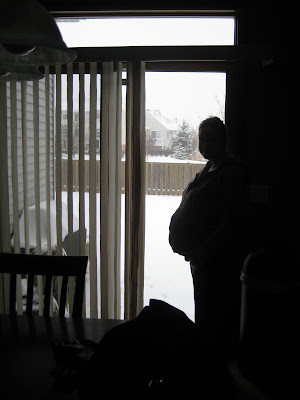 The sun is shining now and the temperature will be in the high 70's today. It's hard to remember those cold chilly mornings back in early February when Jaysa, Mike, Dee and I were spending a lot of time at home waiting for little Ben to arrive. One morning Jay, Dee and I were hungry, but the weather outside was 'frightful' as the song Baby, It's Cold Outside goes. 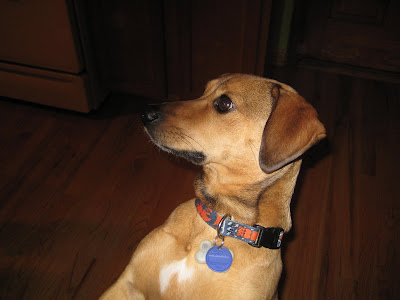 Still, you have to eat...and when we talked about food, Dee really perked up! Well, as usual, no one wanted to cook at that time of the day. So after much looking outside and dreading getting into snow gear, we bit the bullet and decided to go make our usual run. 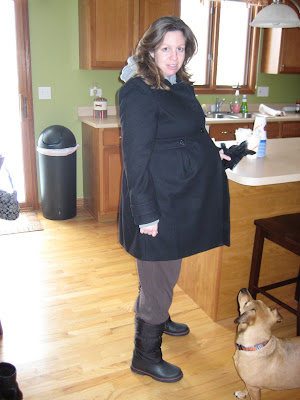 Jay might not look it, but she was actually happy to be getting out since she is the least likely to want to be the cook. I was really impressed with her gear. Actually, I was glad to see she didn't hold fashion over comfort when she got dolled up for our trip! Need a closer look at those boots? Here you go... 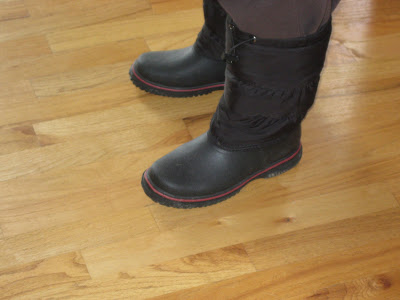 If you're wondering how cold it was that day, here's a shot of the street outside. Yes, it's a winter wonderland, but when you're over 9 months pregnant, the ice can be treacherous. Luckily, Mike is a wonderful hubby and had shoveled all the snow before he left for work. You can see by the sidewalk that we had about 4 inches of snow after he left for work. 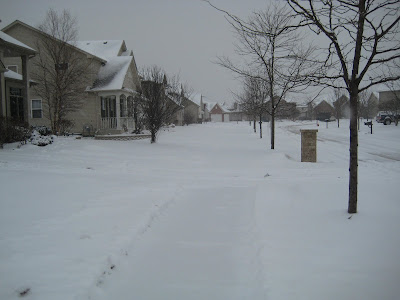 Well, off we went with Dee gleefully observing the cold snow without having to put a paw down in it. She is usually happy for the first 2 blocks. Then, when we got into other traffic on the main road, she would get less secure. 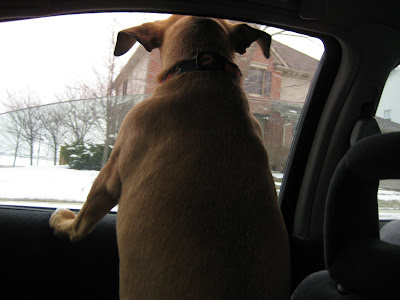 Our first stop, at Mickey D's, was for 2 diet cokes and 2 bacon, egg and cheese biscuits. Dee perked up while we were at the speaker in the drive-thru. She knew she would be getting a good part of both biscuits! 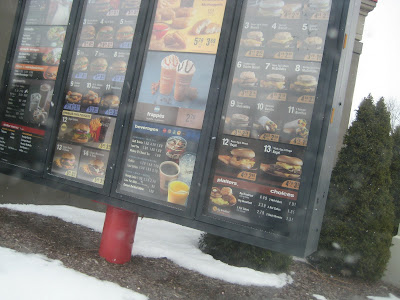 While we were safe and warm in Jaysa's go-mobile, I got a shot of the poor geese huffing and puffing their way thru the sky. 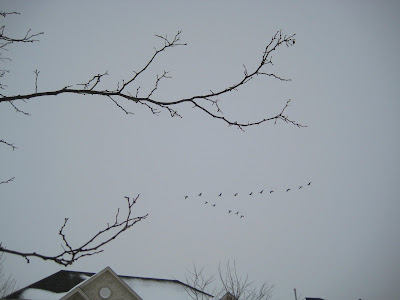 After leaving McDonalds, Dee got scared again and hit the floorboards...literally! She hates trucks for some unknown reason, especially garbage trucks. 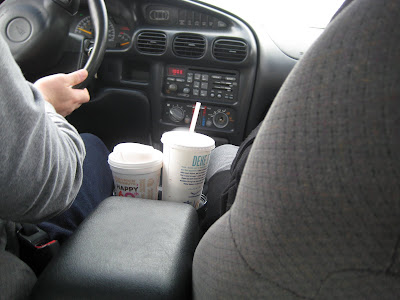 So, we continued our journey with one passenger cowering on the floor... 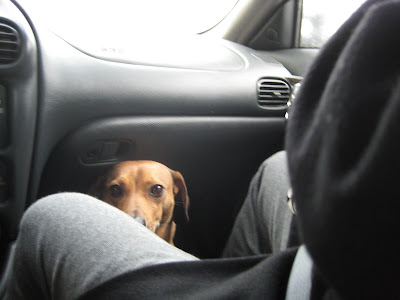 You would think a pile of junk food from Mickey D's would be enough for us, but you would be wrong. We made one other stop before we made it home, some place really nutritious and good for you. 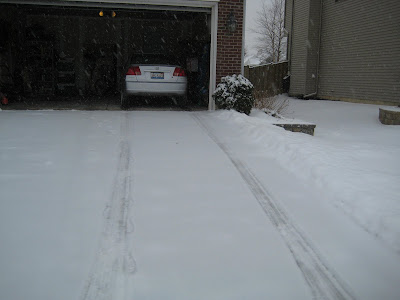 Not everybody knows how to party like a 9 and a half month pregnant person, but her mother does... Here's our take for the morning. Wow, who knew you could get Baskin-Robbins and Dunkin Doughnut treats in one building??? 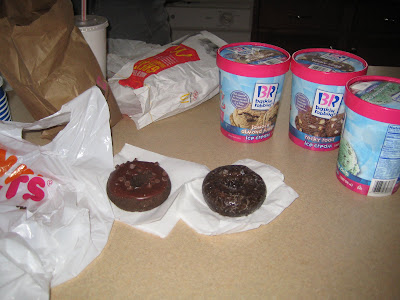 Posted by At Rivercrest Cottage at Wednesday, April 21, 2010